Home Opinion Speaking Out Wake Up America! We Are At War! 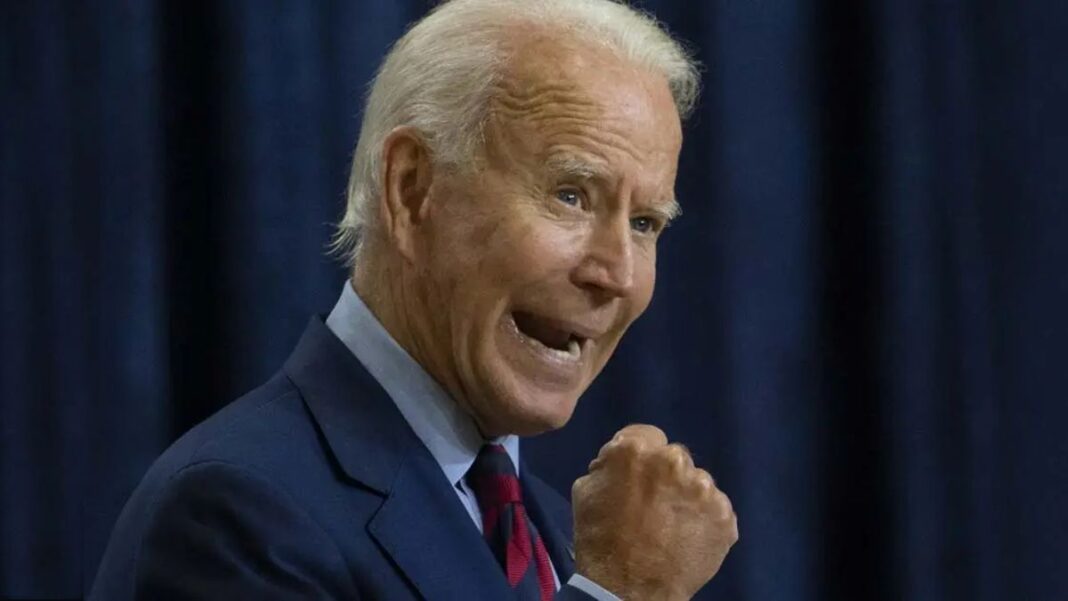 At this writing, the fate of Kyle Rittenhouse was yet to be determined. The jury was still out, with two members openly expressing their fear of retribution from the leftist mob outside the courthouse. Meanwhile, conservative activist Steve Bannon has surrendered to authorities, after being charged for contempt of Nancy Pelosi’s congress. Bannon refused orders to testify in regards to the January 6 US Capitol event, which leftist Democrats and their RINO minions still hysterically decry as the single greatest threat to the United States in history.

Consider the two situations as juxtaposed against each other. Leftists claim, on the one hand that the supposed attempt to prevent certification of a clearly stolen election was indefensibly criminal, since it interfered with “proper” government action. Yet the leftist mob outside the courthouse in Kenosha Wisconsin, with all of its promises of violent retribution, is reflective of all those “peaceful protests” that Democrats lauded throughout the summer and fall of 2020. The fact that the mob seeks to pervert the outcome of a trial is of no consequence to the left.

The “scales of justice” are nowhere to be seen. From Democrat dominated city councils to the occupied White House, leftists have thoroughly weaponized “law enforcement” and are wielding it against the American people. Beginning with the scandal and corruption of the Clintons, and going into high gear under Obama, the DOJ and FBI have been “fundamentally transformed.” They now pose an imminent threat to law-abiding Americans whose only crime is to seek a return to the rights and freedoms enshrined by the Founders, and for which so many Americans have given their “last full measure of devotion.”

All the earmarks of an all-out war on America are evident, from the taking of political prisoners to the invasion of privacy through federal spying and flagrantly “unreasonable search and seizure” of American persons and property, to the mass scale propagandizing of the populace. Their goal is to silence opponents while keeping as many people as possible happily ignorant and passive, until the forces built up against them become insurmountable. At that point the hammer drops on all, whether they remained indifferent or collaborated in the effort. Despotism knows no friends, only obedient subjects. Everyone else is an “enemy of the state.”

The willingness of the DOJ to collude with renegade leftist school boards across America who demanded that it pursue concerned parents as “domestic terrorists” was only one example of a complete betrayal of its role as guardian of justice. During the past few weeks, the FBI engaged in another of its overblown and brutal raids on law abiding Americans who had committed no crime, but were in possession of potentially politically damaging information on the thoroughly corrupt Biden Cabal.

The war is at our doorstep, and it is no less a fight for total domination and control of America’s destiny than were the World Wars of the last century. The fact that no bombs have yet dropped out of the sky is no more relevant than the fact that the Twentieth Century wars didn’t involve amassed troops on an open field with fixed bayonets, as had been the norm in the century prior.

The methods of war may change over time, but the ultimate goal does not. The fate of nations hang in the balance. Several factors have aligned over recent decades to bring America to such a defining precipice. Chief among these has been the tacit “compliance” of those on the right to the pernicious, hypocritical, and self-serving agenda of the left.

One of the greatest advantages an enemy can hold over its opponent is the element of surprise. And the willingness of so many Americans on “Main Street” to presume the best of intentions from leftists, even in the face of so much venom and manipulation, has been invaluable to the leftist agenda. Leftist Democrats have been insidiously building their machines of war in the schools, on the nightly news, and in the marble halls of Washington DC for decades, often with total complicity of RINO sellouts.

In the 1930s, the world watched in dismay as the Nazi Reich under Adolf Hitler began seizing neighboring governments and lands in methodical succession, always brandishing some sanctimonious excuse to justify the onslaught. By the time America and the rest of Europe realized that Hitler would not be appeased, and war was unavoidable, significant territory had been lost, requiring enormous sacrifice in materiel and lives to retake it.

Similarly, the American left has always had a convenient pretext on which to seize control of institutions, from local and state offices to the nightly “news,” and eventually the legal/judicial system. Once the left believed it had sufficient forces in place, it was only a matter of time before the actual displacement of government “by the people” would take place. That’s what America witnessed last November.

Since then, it has been abhorrently obvious that leftists now believe themselves to be wholly unaccountable to the American people. The Biden Cabal has trampled rights and abused power, with no repercussions, just as flagrantly as its individual members have engaged in illegal, self-serving activities at the expense of the rest of the nation. All of this is done with zero expectation of any day of reckoning.

Americans who vainly hope for some amicable return to “normality” are dangerously naive. Power that is illicitly gained, with no proper consequences for the perpetrators, will never be willingly relinquished. At this stage, the left is counting on the American people getting mad, but ultimately throwing up their hands and remaining compliant. But of this Americans can be certain, the outrages and encroachments will continue, the pall of despotism and oppression will not abate on its own, as long as Americans are willing to tolerate it. Desperately hoping that such disaster only befalls “someone else” is the fatalistic mindset of sheep who are ignorant that they are on the way to the slaughter.

The end game of any war is total subjugation of the vanquished, with no recourse available to them. Both the January 6 Capitol Episode and Kyle Rittenhouse’s response to the marauding mobs represent potential threats to this order, which is why leftists intend to annihilate the principals of both events. Leftists think they have won this war. The question needing to be asked is whether “We the People” are ready to surrender?