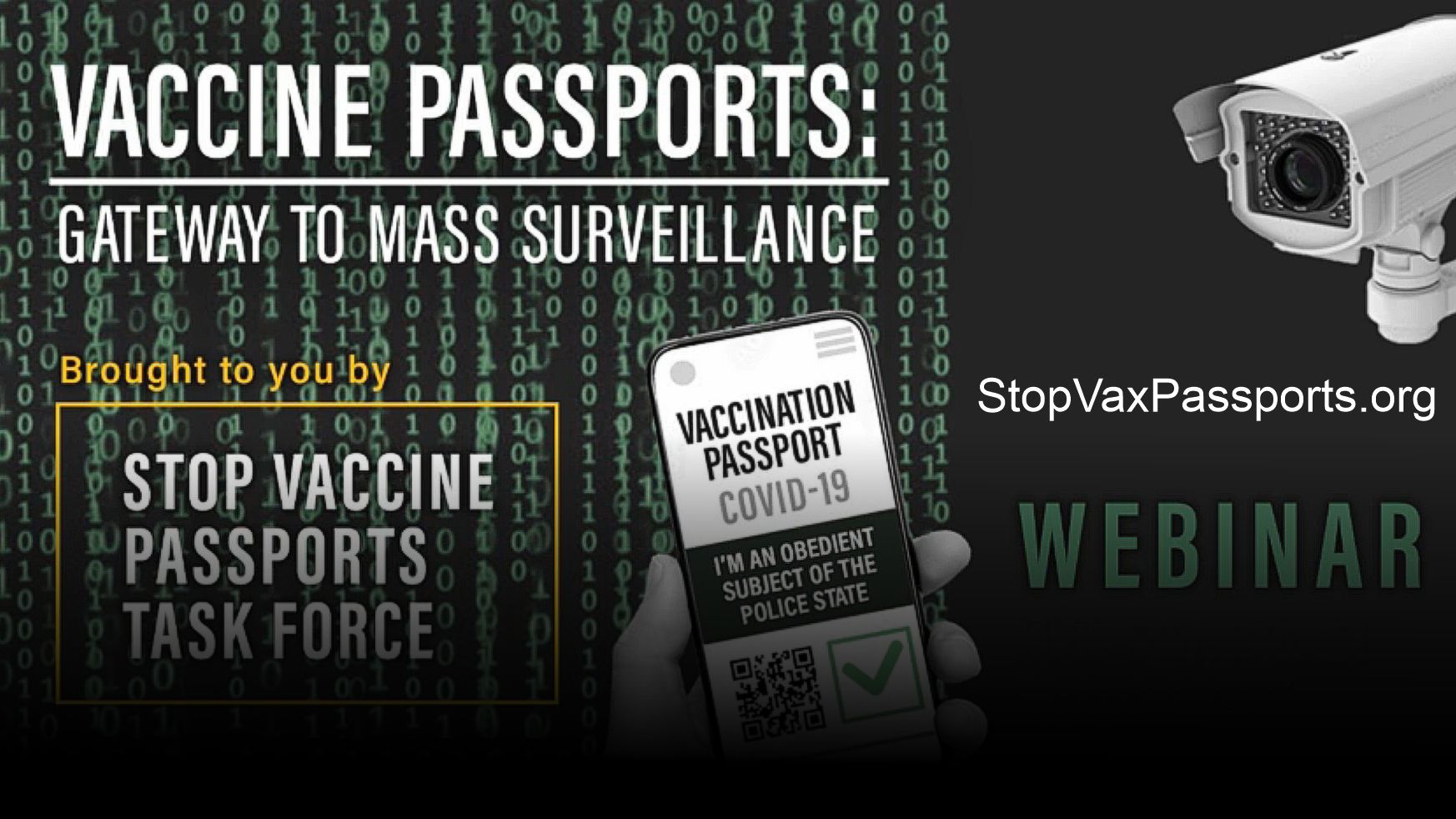 Are “Vaccine Passports” merely a convenient way of showing that someone is vaccinated, or could they be used to restrict rights to freedom and privacy guaranteed by the U.S. Constitution?

Vaccine Passports are not merely the digital equivalent of the yellow vaccine cards long used in international travel. According to tech experts, the digital platform used by Vaccine Passports is the same platform used by the “Chinese Social Credit System.” It can be used to track and control nearly every aspect of our lives. No matter your opinion on the Covid vaccines—some of us are vaccinated and some are not—such a digital passport system is clearly antithetical to the foundational principles of this country and must not be allowed to take root here.

On the 100th anniversary of the Communist Party of China, join us for an in-depth discussion on the dangers behind vaccine passports and their similarities to the Chinese social credit system.

Watch the Vaccine Passports: Gateway to Mass Surveillance Video Below

About the Vaccine Passports Webinar

Frank Gaffney, Vice Chair for the Committee On the Present Danger: China

TOPIC: How the CCP is trying to advance its form of government, which could be enforced through private businesses.

TOPIC: How China is using the pandemic and the vaccine passport to export its form of government and control throughout the world.

TOPIC: How the Social Credit System in China works and how it has been used to control dissidents

TOPIC: How the Vaccine Passports would use the same platform and incorporate the same functionality as the China Social Credit System, thus endangering our freedom and opening the door to totalitarian control

TOPIC: The status in the United States and worldwide of the adoption of Vaccine Passports, by governments, universities and private businesses