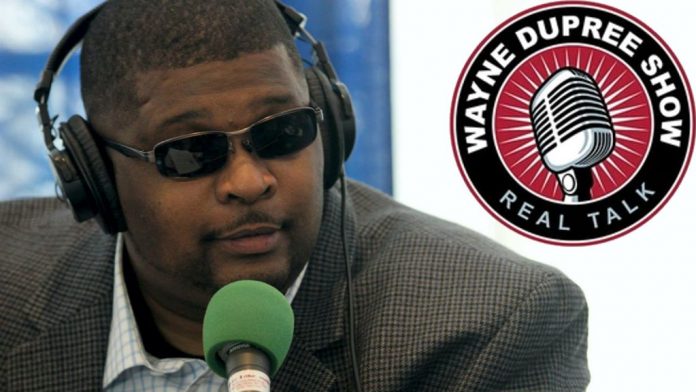 Tired of the mainstream media lies? Tired of the political spin by leaders who claim to be working for you? Are you ready to hear real talk and real opinion in a comprehensive, conservative, and principled fashion? Welcome to the Wayne Dupree Show where Wayne keeps you up to date. Wayne, Leah and Brian brutally break down the fake news and deliver a powerful punch response.

“Many ‘influencers’ have been sharing photos of themselves wearing blackface as an act of solidarity with the Black Lives Matter movement. Even after receiving backlash, some are still refusing to take down their posts.

How can you “spread awareness” about a subject you know so little about? If you genuinely care about a cause, the least you can do is educate yourself about it.

ANTIFA, BLM Want To Tear Down The Alamo? Is Atlanta The New Tinderbox?

This week there a bunch of calls from protesters threatening to tear down the Alamo because of historic racism or systemic whatever blah blah blah.

How Did The Left Lose Their Minds “Collectively And Individually” To The Degree They Have?

Defunding the Police Is Crazy And Would Be A Suicidal Move

Minneapolis City citizens want to dismantle their police department. Will the protesters/rioters learn from what happens next, or will they just escalate? I’m betting they will escalate. But, the worst part of this will be how the media will blame Pres. Trump.

Activist, Avenger, or Anarchist; Which Is It People?

A man who was shot and killed outside a north St. Louis pawn shop Tuesday morning was identified as retired St. Louis city police captain, according to the Ethical Society of Police. Authorities tell Fox 2 that in addition to the murder the store was also looted.

Should Hollywood Actors That Bailed Out Protesters Pay For Riot Damages?

A number of Hollywood stars on Thursday said they made a donation to a fund meant to help bail out Minneapolis protesters. Some of those bold-faced names include Seth Rogen, Steve Carell and Ben Schwartz. Peaceful protests turned into rioting and looting Wednesday night in Minneapolis following the death of George Floyd, an African American man who died Monday after his throat was kneeled on by a white police officer.

Protesters, Riots, Curfews And More; Is Our Nation In Trouble?

Curfews were enacted in more than two dozen cities and the National Guard was summoned in at least 12 states and the District of Columbia as officials pleaded for peace. But mayhem convulsed the country, leaving scores of police officers and protesters injured and parts of America smoldering. Some of Pres. Trump’s allies are urging him to address the nation about the intensifying unrest. Trump’s presumptive Democratic rival, former vice president Joe Biden, released his own statement condemning the violence that followed the in-custody death of George Floyd in Minneapolis.