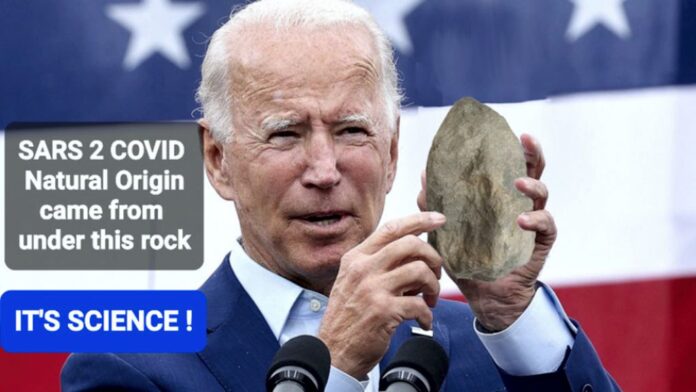 The agency has withheld critical data on boosters, hospitalizations…

“Two full years into the pandemic, the agency leading the country’s response to the public health emergency has published only a tiny fraction of the data it has collected, several people familiar with the data said. Much of the withheld information could help state and local health officials better target their efforts to bring the virus under control”…

Two full years into the pandemic, the agency leading the country’s response to the public health emergency has published only a tiny fraction of the data it has collected, several people familiar with the data said…

“The C.D.C. is a political organization as much as it is a public health organization,” said Samuel Scarpino, managing director of pathogen surveillance at the Rockefeller Foundation’s Pandemic Prevention Institute. “The steps that it takes to get something like this released are often well outside of the control of many of the scientists that work at the C.D.C.”

Let me translate that quote for you. Basically, a non-governmental spokesperson for the “official” public health scientific community is throwing Rochelle Walensky under the bus, and saying that the politicians forced us to commit scientific fraud by withholding key data.

The Global Summit Doctors and other brave medical practitioners who have stood up to the lies and tyranny – who have been harassed, jobs lost, medical licenses lost, smeared and libeled are right. The data are being withheld.

Let’s talk data. The CDC is using cumulative data from the beginning of the vaccine roll-out in early 2021 to prop up the lie that these vaccines are effective against Omicron.

The CDC is clearly hiding the data about safety. The (thoroughly biased) NYT piece above writes further on this.

Pfizer’s data supported the safety of the vaccine, but researchers said the effectiveness wasn’t there with two shots.

“It was effective in the younger kids so those six months to two years but in the two to four-year-old age group it didn’t quite meet the levels of antibody response they expected to see,” said Dr. Christina Canody, BayCare Pediatric Service Line Medical Director.

Now instead of just having an EUA meeting about two doses, Pfizer is continuing their trial for three doses and will present that data once they have it.

Precisely what we have been saying.

Why is this important?

This must stop. We are deep into outright Scientific Fraud territory.

Let’s remember where this started… We have been manipulated from the VERY start of this pandemic. The government has been deciding what has been written, removed, censored by media and the big tech giants. This is propaganda.

Google, Facebook, Amazon and other tech giants spent a day in secretive talks with the World Health Organization to tackle the spread of coronavirus misinformation.

The World Health Organization (WHO) has offered to work directly with the companies on fact checking in a bid to speed up the process.

Posts on the virus that needed to be removed have ranged from those calling it a fad disease or created by the government to claims it can be treated with oregano oil.

Companies at the meeting agreed to work with WHO on collaborative tools, better content and a call centre for people to call for advice, CNBC reported.

White House officials discussed combating online misinformation about the coronavirus and other measures during a teleconference Wednesday with tech companies including Alphabet Inc.’s Google, Facebook Inc. and Twitter Inc.

The discussion focused on information-sharing with the federal government, coordination regarding telehealth and online education and the creation of new tools to help researchers review scholarship, according to a statement from the White House’s Office of Science and Technology Policy.

“Cutting edge technology companies and major online platforms will play a critical role in this all-hands-on-deck effort,” Kratsios said in a statement. He said his office would unveil a database of research on the virus in coming days

The White House on Wednesday sought help from Amazon, Google and other tech giants in the fight against the coronavirus, hoping that Silicon Valley might augment the government’s efforts to track the outbreak, disseminate accurate information…

The requests came during a roughly two-hour-long meeting between top Trump administration aides, leading federal health authorities and representatives from companies including Cisco, Facebook, IBM, Microsoft and Twitter, as Washington sought to leverage the tech industry’s powerful tools to connect workers and analyze data to combat an outbreak that has already infected more than 1,000 in the United States.

Three participants described the phone-and-video conversation on the condition of anonymity because the session was private. Most tech companies in attendance either did not respond or declined to comment.

The evidence above makes it crystal clear that the government has been manipulating data from the start. Now that Omicron is here and the vaccines are clearly not working. That we have data from other countries that there are issues, we much demand transparency and a stop to the manipulation of the American people. Free speech is free speech.

How this all ties into the globalists is becoming more and more clear.

The Next Step for the World Economic Forum Brownstone Institute, February 20, 2022

It has been obvious since early 2020 that there has been an organized cult outreach that has permeated the world as a whole. It’s possible that this formed out of a gigantic error, rooted in a sudden ignorance of cell biology and long experience of public health. It is also possible that a seasonal respiratory virus was deployed by some people as an opportunity to seize power for some other purpose.

Follow the money and influence trails and the latter conclusion is hard to dismiss.

The clues were there early. Even before the WHO declared a pandemic in March 2020 (at least several months behind the actual fact of a pandemic) and before any lockdowns, there were media blitzes talking about the “New Normal” and talk of the “Great Reset” (which was rebranded as “Build Back Better”).

Pharmaceutical companies such as Pfizer, Johnson & Johnson, Moderna, and Astra-Zeneca were actively lobbying governments to buy their vaccines as early as February 2020, supposedly less than a month after the genetic sequence (or partial sequence) was made available by China.

As a person who spent his whole professional career in pharmaceutical and vaccine development, I found the whole concept of going from scratch to a ready-to-use vaccine in a few months simply preposterous.

Something did not add up.

My last thought for the day: The US government appears be complicit in the creation of this virus. Again, the people are being manipulated. The NIH and the Defense Threat Reduction Agency at the US Department of Defense must be held accountable and they must release the data as to what they have funded and what they knew when – about the creation of SARS-CoV-2. It is time for our government to come clean. It is time for an investigation. Congress must lead the way. They can not shirk their responsibility any longer.