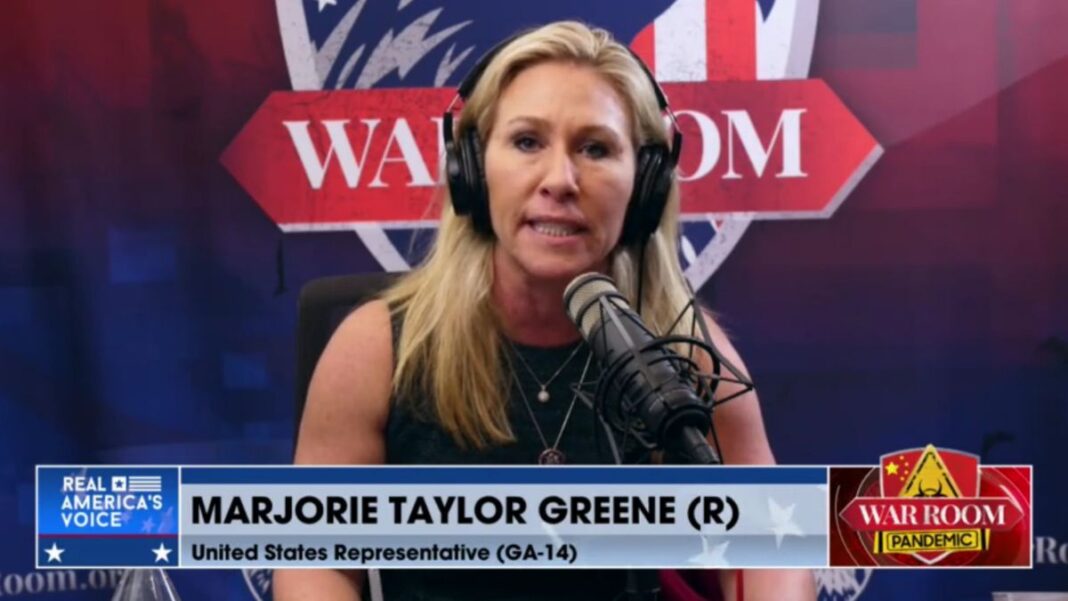 This segment starts with clips from “Morning Joe” lamenting the rise of America First Republicans. David Brooks complains about the loss of the “old conservatism” and suggests that Trump and his followers somehow tricked people into opposing the global elites. Rep. Marjorie Taylor Greene, one of the top MAGA Republicans, responds scathingly:

“I don’t know who David Brooks is, and I really could care less, and most people don’t care either, but he doesn’t get to define Trumpism. As a matter of fact, me missed the message altogether, and he doesn’t even get to define conservatism… All they want to talk about is things they don’t know anything about. Here’s the real message they need to understand. I represent the American people. because it’s the same people they look down on, these are the same people they forget about. These are the same people they can’t even relate to because they’re so stuck up, because they’re so highly educated, because they think they’re so much better than everyone. They don’t really matter… It’s the American people that matter.”