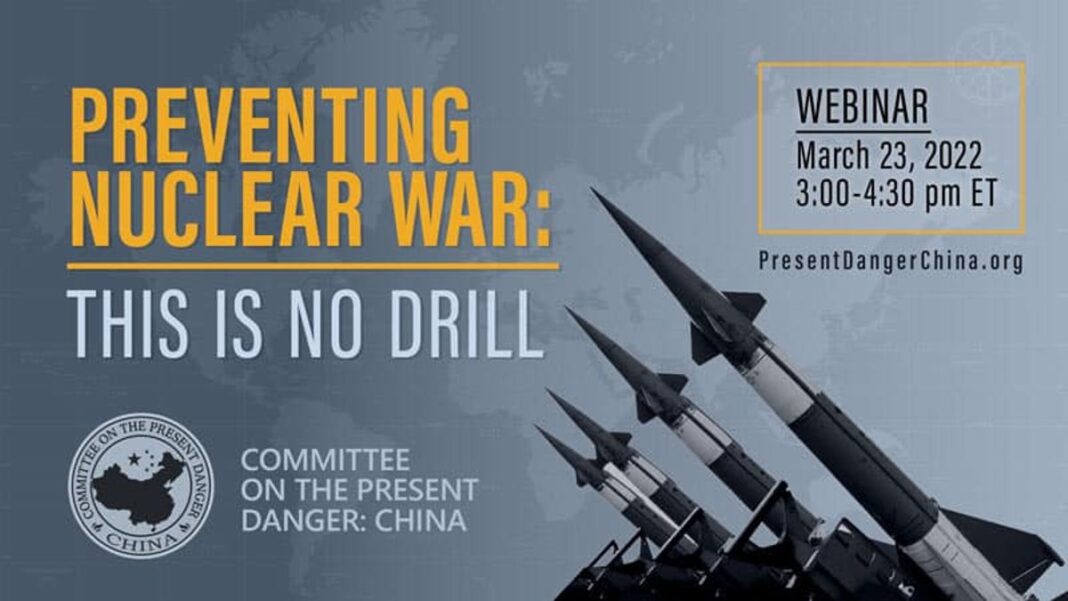 In light of the distinct possibility that the Ukraine invasion by Russia and the West’s response to it could prompt Russian President Vladimir Putin to authorize at least a tactical nuclear first-use, we see the need to convene a CPDC webinar to address the present danger of nuclear war with Russia, perhaps aided and abetted by its strategic partner, the Chinese Communist Party.

We Can Afford Deterrence—And We Can’t Afford to Forego It
Peter Huessy, Senior Fellow, The Hudson Institute

WASHINGTON, D.C.— Thirty-nine years ago today, President Ronald Reagan challenged the conventional wisdom of America’s foreign policy elite that the people of the United States are most secure if they are completely vulnerable to ballistic missile attack. On March 23, 1983, he declared that it would be better to protect them than “avenge” their mass murder after the fact and launched what he called the Strategic Defense Initiative.

Tragically, unbeknownst to most Americans, we still have no comprehensive defense against the vast—and recently upgraded—missile arsenals of enemies like Russia’s Vladimir Putin and China’s Xi Jinping. Worse yet, the American people are largely ignorant of another, ominous fact: We are relying on an obsolescent, if not actually obsolete, nuclear arsenal almost entirely put into place by Mr. Reagan and his predecessors even to avenge an attack on them.

In light of Putin’s Ukraine-driven nuclear threats, the Committee on the Present Danger: China (CPDC) will hold between 3:00-4:30 p.m. today an urgent webinar on “Preventing Nuclear War: This is No Drill.” Please join us at https://presentdangerchina.org/webinar-preventing-nuclear-war/ to learn how we do that.

The program’s moderator, former acting Assistant Secretary of Defense, Frank Gaffney, who was responsible for nuclear and missile defense policy in the Reagan Pentagon, said, “For most of the past four decades, the United States has failed either to realize President Reagan’s vision for comprehensive anti-missile defenses or to maintain a modern, reliable and credible nuclear arsenal. We must now urgently contend with the dangers associated with various adversaries who believe nuclear war can be won and have prepared to fight it. Our webinar today will feature many of America’s most competent and experienced practitioners discussing the resulting threats—and what we must urgently do now to mitigate them.”

WHAT: A live-streamed webinar on the Russian, Chinese and other nuclear threats facing the United States and the Free World and how they can be countered.

HOW: To register, visit: https://presentdangerchina.org/webinar-preventing-nuclear-war/ 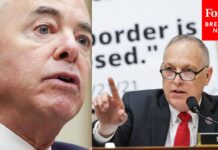 Save America Rally in

Save America Rally in Youngstown Ohio