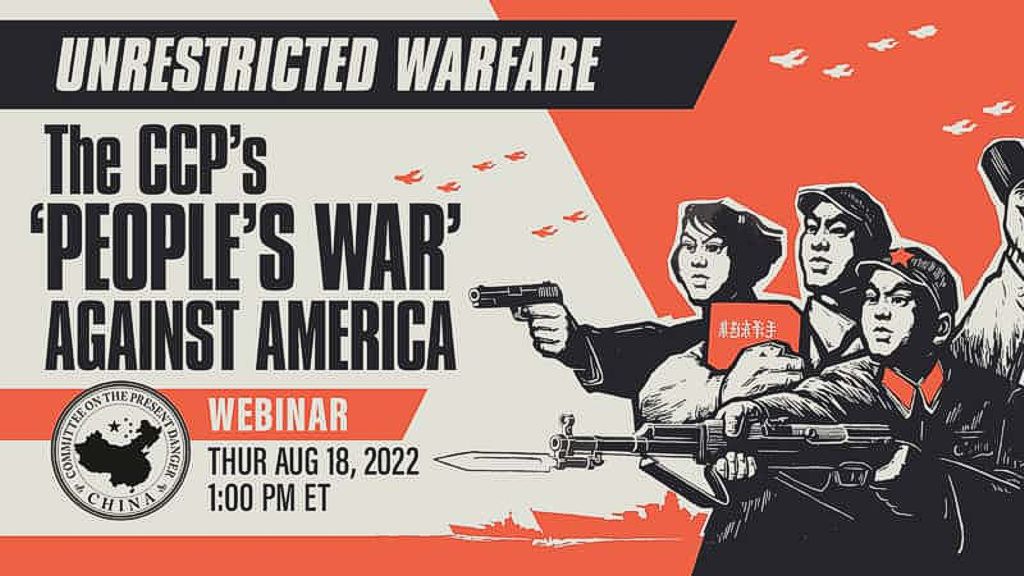 In May 2019, the Chinese Communist Party’s principal propaganda outlet declared a “People’s War” against the United States – a fact that is unknown by most Americans. as are its implications. Unfortunately, this is hardly the only indication of CCP belligerence towards this country.

For example, in 1999, the Party allowed the publication of a book entitled, Unrestricted Warfare. It outlined how China is comprehensively working to take down this nation using numerous forms of non-kinetic warfare, including those of the economic, political, information, espionage and subversive kinds. Interestingly, among the techniques recommended by the authors, two senior People’s Liberation Army colonels who went on to become generals, was biological warfare – something the CCP actually engaged in when it unleashed the COVID-19 pandemic against us and the rest of the world.

The next Committee on the Present Danger: China webinar on Thursday from 1:00-2:15 p.m. ET will be part of its “Unrestricted Warfare” series. It will define what the Chinese Communists mean by Mao’s term People’s War and its implications, particularly in terms of publicly justifying and further intensifying the CCP’s aggression against us. We will also discuss how America can most effectively counter such a war and defeat its perpetrators.