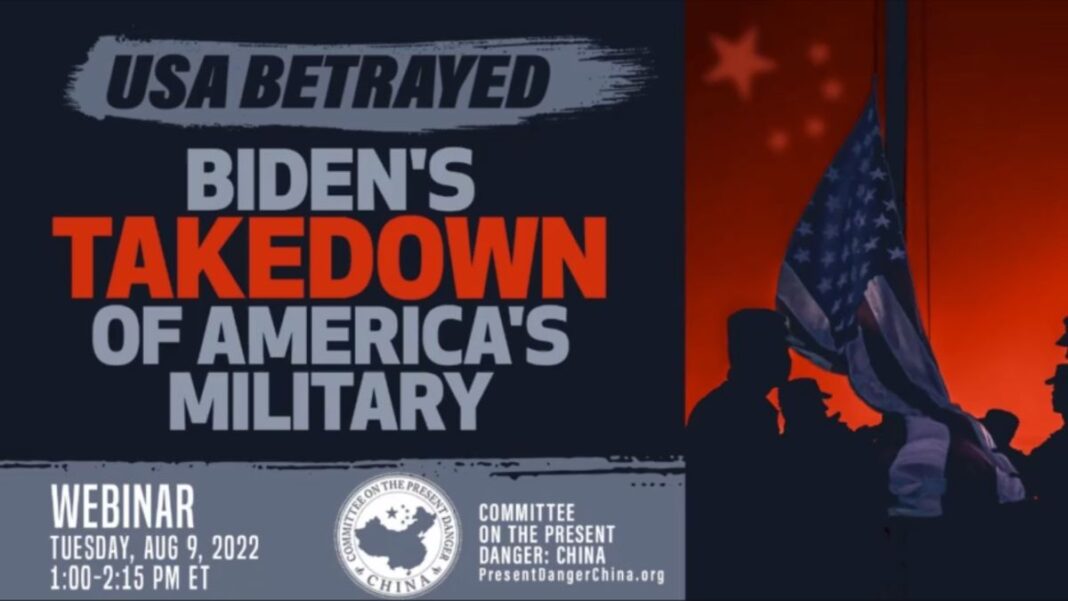 As the prospect of possibly imminent hostilities with the Chinese Communist Party grows by the day, the imperative of having a formidable, ready, motivated and well-led U.S. military force has arguably never been greater in our nation’s history.

Yet, President Biden is effecting a devastating “fundamental transformation” of the United States’ armed forces – to the benefit of the Chinese Communist Party and our other enemies.

In the Committee on the Present Danger: China’s “USA Betrayed” series, we are next examining what the CCP’s “Old Friends” here are doing to advance its agenda. This is the practical effect of weakening of the U.S. military being manifested through: Marxist Critical Race Theory indoctrination in lieu of required training for war; ideologically driven purges; unjustifiable vaccine mandates and forced separations from the armed services; program-impacting budget cuts exacerbated by the ravages of inflation; officially sanctioned drag queen spectacles and other assaults on the military’s culture, virtues and Uniformed Code of Justice; and the resulting inability to retain and recruit proficient warriors. 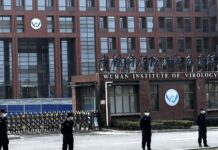