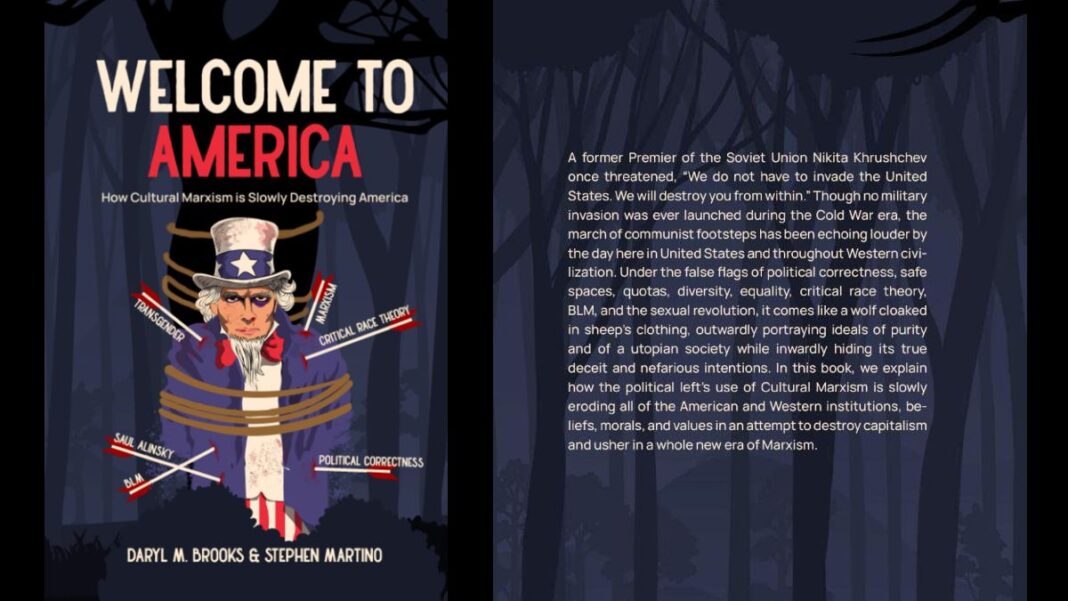 Welcome To America is an enormously powerful handbook that describes the deadliest and most fallacious political ideology in human history, Cultural Marxism. This philosophy has taken over the United States of America and has integrated itself within the fabric Western society. Transformed beyond recognition, the US has become a haven for violence, abnormal behavior, and absurdity. Liberty, logic, and morality have become a distant memory. Evil has become good, while good has become evil.

Welcome To America provides the necessary resources to fight this great atrocity that is slowly destroying America. The book succinctly describes how the ominous footsteps of Cultural Marxism have been growing louder by the day both here in the United States and throughout all Western civilization. Under the false flags of political correctness, safe spaces, quotas, diversity, equality, critical race theory, BLM, and the sexual revolution, it comes like a wolf cloaked in sheep’s clothing, outwardly portraying ideals of purity and of a utopian society while inwardly hiding its true deceit and nefarious intentions. In this book, we explain how the political left’s use of Cultural Marxism is slowly eroding all American and Western institutions, beliefs, morals, and values in an attempt to destroy capitalism and usher in a whole new era of Marxism.

It is a book that all Americans must read now before all our basic liberties, freedoms, and prosperity are forever stolen from us.
You can find Daryl and Stephen’s book on Amazon here.