Home Opinion Speaking Out What Is The Difference Between The Wright And Babbitt Shootings? 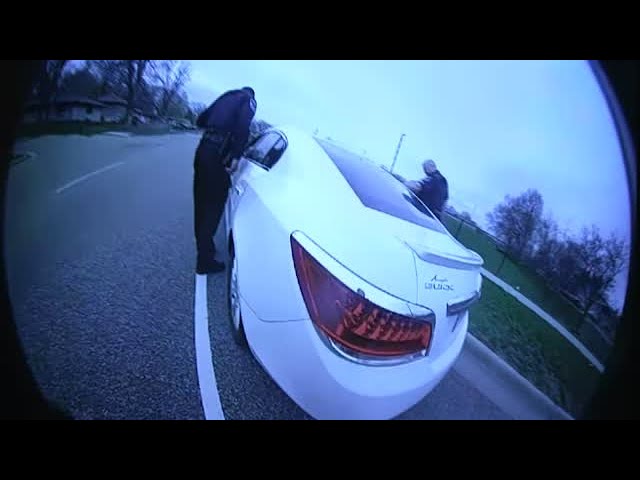 Within an hour of each other, charging decisions in two lethal police shootings were announced with strikingly different conclusions. The decisions reached in the shootings of Daunte Wright in Minnesota and Ashli Babbitt in Washington highlight concerns over the political and legal elements that can influence such decisions. The timing of the two decisions that involved two chaotic situations raises questions why charges were filed in Minnesota, but not in Washington.

In the Minnesota shooting, police were attempting to arrest Wright who, after a traffic stop, was found to have an outstanding warrant for fleeing police with an unlicensed firearm. Wright broke free of officers while he was being handcuffed and jumped back into the car to drive away. Kim Potter decided to deploy her stun gun against Wright, which would likely be viewed as a reasonable level of force in that circumstance. However, in the struggle, Potter grabbed her service weapon rather than her Taser. In the video, the officer is heard yelling “taser, taser, taser” before she swears and says, “Holy S**t I just shot him.”

The case has tragically familiar elements as a “weapon confusion” case. There are so many such weapon-confusion cases that departments have tried a variety of solutions, from adding special training to new designs for stun guns. The problem is such training can be lost to the fog and frenzy of the violent scene.

The case is similar to what happened in 2009, when Bay Area Rapid Transit officers struggled with Oscar Grant to arrest him. With Grant on the ground, BART officer Johannes Mehserle warned he was about to use a Taser but then grabbed his service weapon and fired a fatal round into Grant’s back.

The videotape of the incident showed Mehserle moving his thumb over his weapon as you would to release a safety on the Taser. (His service weapon did not have that type of safety release). The jury rejected second-degree murder or voluntary manslaughter charges but found him guilty of involuntary manslaughter.

Unlike past cases, the prosecutors did not overcharge Potter. However, under the criminal provision, the prosecutors must show that the 26-year veteran “creat[ed] an unreasonable risk, and consciously [took] chances of causing death or great bodily harm to another.” The question is whether a possible split-second mistake legally constitutes a conscious choice of an officer.

In Washington, the Justice Department announced that it would not charge the officer who shot Ashli Babbitt during the Jan. 6 riot. The decision in Washington had a number of striking differences. Potter was charged within a few days. It has been months since Babbitt was shot in the Capitol. The identity of the responsible officer has not been made public.Babbitt was an unarmed Air Force veteran without a criminal record. While she was clearly trespassing and at the forefront of a riot, there is no claim that she was threatening any officer or possible person with serious bodily injury or death. Indeed, near her were other officers who could have been hit by the round. (Babbitt was trying to climb through a broken door in the Speaker’s Lobby as police fought back the mob).

If the officer intended to shoot Babbitt, it would not likely meet the standard for a justified shooting under governing cases like Tennessee v. Garner (1985). If the officer fired blindly or wildly, it would appear to have many of the same negligent elements as the Wright shooting.

In rejecting charges, the Justice Department statement notably does not say that the shooting was clearly justified. Instead, it noted that “prosecutors would have to prove not only that the officer used force that was constitutionally unreasonable, but that the officer did so ‘willfully.’”  It stressed that this element requires a showing of “a bad purpose to disregard the law” and that “evidence that an officer acted out of fear, mistake, panic, misperception, negligence, or even poor judgment cannot establish the high level of intent.”

Of course, “weapons confusion” cases are often caused by an officer’s acting out of “fear, mistake, panic, misperception, negligence, or poor judgment.” Yet, in one case an officer is charged and in the other the officer is cleared.

For the public, the line of distinction can be hard to discern. For officers, that uncertain line can be the difference between discipline and incarceration. Officers have to be able to see that line clearly in carrying out duties with often in split second decisions in violent incidents.

Both of these deaths were tragic. There was a clearly different political contexts and timelines for the decisions. After Babbitt’s death, there was no outcry over her death because she was part of an infamous riot that stopped a constitutional process of certifying presidential electoral votes. Yet, the shooting does not appear any more justified than the Wright shooting, which was likely an accident. The Justice Department indicates an intentional shot was fired by an officer either at Babbitt or the mob generally. It does not explain which.

Violent riots are unfortunately common today in cities ranging from Minneapolis to Portland to Washington. The use of live rounds however have never been authorized absent a particularized showing of a significant threat to an officer or others. Nothing in the announcement in the Babbitt case answers how such a showing was made by the officer.

In the end, these cases capture the uncertain line in these cases of when mistakes or errors by police are criminal matters. There is a credible basis for the charge in the Wright shooting, but a jury will now have to decide if this was a conscious decision or tragic (but noncriminal) mistake. All such cases are highly fact specific. However, the Babbitt decision leaves more questions than answers for the public and police alike.

Jonathan Turley is the Shapiro Professor of Public Interest Law at George Washington University and a member of USA TODAY’s Board of Contributors. Follow him on Twitter: @JonathanTurley