Home Opinion Truth or Consequences What Larry Taunton Has Learned about Klaus Schwab and the World Economic... 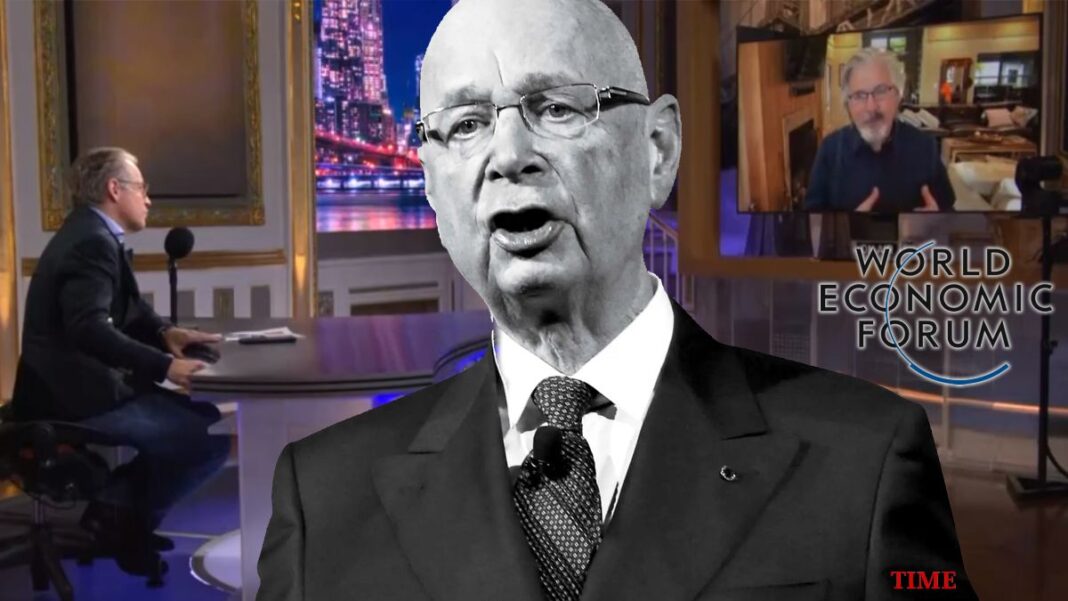 Larry Taunton reveals what he’s learned about Klaus Schwab and the World Economic Forum, and unravels more of the mysteries and hanky-panky surrounding voter fraud.

Now you can impress the globalists at your next soirée: “When I attended the WEF,” you’ll say as you swirl wine around in your glass fashionably. (I’m here all day, people, to provide you with these keen cultural insights. Costs you nothing. You’re welcome.) The SBC comparison works on several levels, and that’s because the WEF is a semi-religious experience for attendees. On the one hand, seeing it in person I immediately realized why the John Kerry’s and Gretchen Whitmer’s and the like want to come here. It’s the Oscars for politicians.

Here they are celebrities. Rock stars. Unpopular at home, they take the global(ist) stage abroad where they are worshipped by WEF groupies. They give speeches where attendees pay handsomely ($26,000 as I recall) to hear them and hang on their every word. It’s like a drug to politicians who simply need the constant approbation of a worshipful retinue. On the other hand, ordinary attendees are here to worship the pantheon of modern secular utopia who they see as luminaries giving hope to humanity. And, yet, that’s not quite accurate.

These people care little for humanity. Like Dostoevsky wrote, they love man in general, just not individually. “Sustainability” is the buzz word ready on the tongue of every globalist. (Be sure to drop that word at your soirée, too.) Environmental sustainability.

Population sustainability. Resource sustainability. “It’s 50% bullsh*t,” said one WEF attendee to me minutes ago over coffee. and yet, he related to me his conviction that we must reduce the global population. He believes the main bullsh*t article of this secular faith.

These are my first impressions of Davos and the “WEF.” It’s their Jerusalem, Mecca, climb to a Tibetan monastery for a religious experience, but with swag and with enough Mercedes’ to make a Saudi prince blush. More later. A woman wants to talk to me now. Hmm. Peace out.

January 17, 2023 (Facebook Post) ~ I have finally arrived at my hotel near Davos after a full day of train travel from Rome.

Italy is a corrupt socialist mess. And yet, I love Rome. Always have. I love Italians. In terms of food, fashion, friendliness, and artistic beauty, going from Rome to any German-speaking country is like going from the beach to the dentist’s chair for a root canal.

Switzerland’s natural beauty is, of course, breathtaking. But Klaus Schwab isn’t Swiss even if the WEF’s HQ is here. He’s German Born in Ravensburg in 1938, he is the son of a German industrialist who collaborated with the Nazi regime.

I keep seeing people say Schwab is a Nazi. I don’t agree. But I do think he’s a fascist. While all Nazis were fascists, not all fascists are Nazis. And Klaus appears to have none of the requisite antisemitism of the Nazis. But his stakeholder capitalism and ESG? Oh, that’s fascist.

But is he the boogeyman people think he is? I don’t think so. He’s almost a cliché. I mean, his name is Klaus, he clearly has global ambitions, he holds SPECTRE-like meetings high in the Alps, and he speaks cliché baddy lines with a sinister German accent: “Zee futcha ist owz! Vee vill build it!” It’s like the man was doomed from birth to be a Bond villain.

But I don’t think he’s what should keep you up at night. He’s 84, bit clownish even to other WEF types, and he has neither the money nor the ability to fulfill the WEF’s agenda.

Then what is he?

Schwab is Mr. Networker Guy. He has managed to gather world leaders of disparate cultures, languages, of democratic and non-democratic countries, some who are enemies, all of whom have participated on a voluntary basis, and he’s given them an organizing vision. But it’s not Dale Carnegie “How to Win Friends and Influence People” techniques that have enabled him to do it. It’s the product he is selling and hat they all want: Absolute power.

It is a fact of history. We are always just a step from totalitarianism. Those politicians who would readily embrace it and the thugs who would readily enforce it are always there. It just needs someone to speak it into being, to offer a roadmap to get there. That’s what the WEF offers, and it offers it all under the cover of environmental and humanitarian virtue. Schwab is more PT Barnum than Hitler. But his creation, the WEF, stands to do the world a lot of harm.

Schwab is also typical of his time He was nurtured in an era of (utterly unworkable) highly ambitious competing ideologies for the reorganization of humanity along secular lines.

You know, as I look out of my hotel room windows at the surrounding Alps, it occurs to me that an avalanche would’ve saved me and humanity an awful lot of trouble.