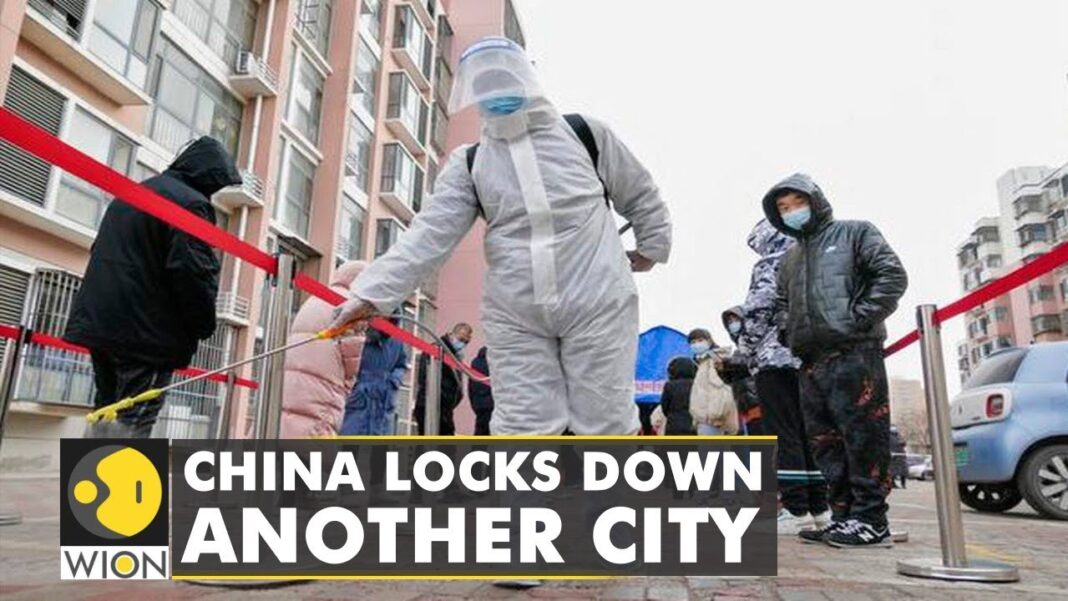 Epidemiologists said it’s the first real battle against Omicron on the Chinese mainland as  domestically-transmitted cases linked to the strain were discovered in local communities for the first time. The sudden outbreak also put adjacent Beijing on alert, creating huge uncertainty and high possibility of a spillover as the source of the outbreak remains unknown. But epidemiologists assured that as long as rapid tracing of the origin of the new viral chain is conducted and effective measures are put in place, the outbreak is expected to be extinguished before China’s Spring Festival and 2022 Winter Olympic Games, which are only few weeks away.

Tianjin reported on Sunday night another 20 people who tested positive for COVID-19, all from the city’s Jinnan district. They were sent to hospitals for further diagnosis and treatment. It is not clear whether they were infected with the Omicron variant.

Tianjin discovered two locally transmitted cases involving the Omicron variant, which were identified among individuals who volunteered to be tested Saturday. A further 18 cases were found in a follow-up tests of high-risk groups. The Tianjin municipal government said the two cases were part of the same transmission chain, but are not linked with the imported Omicron case detected in December, 2021 in the city.

The two Omicron infected individuals had not travelled outside the city recently, and it remains unknown whether the other 18 residents are also carrying the Omicron variant.

China is tightening pandemic controls over Tianjin, a city of 14m people near Beijing, as its zero-Covid-19 strategy is tested by the country’s first discovery of community transmitted cases of the Omicron coronavirus variant.

Over the past day, Chinese authorities strengthened travel controls, closed schools and instituted a series of local lockdowns in the city about 120km south-east of the Chinese capital, state media reported.

Tianjin residents have been told not to leave the city and those who attempt to do so will require negative tests. The latest measures followed the launch on Sunday of a citywide testing campaign in response to at least two Omicron cases discovered a day earlier.

The infections marked the first community transmission of the highly infectious variant in the world’s most populous country. Tianjin is about 30 minutes by high-speed train from Beijing, and tens of thousands of people travel between the cities daily.

The discovery of Omicron transmission inside China’s borders also comes amid a crisis in the central city of Xi’an, which has been under lockdown since December 22. Authorities have been criticised after residents in the city of 13m were left without access to medical resources and food.

One Beijing-based immunologist, who asked not to be named, said it was “unclear” how effective China’s vaccines would be in slowing or stopping the spread of Omicron.

Despite concerns over Xi’an, Beijing’s rigid controls under its zero-Covid strategy still appeared “the most effective approach” before more effective vaccines or treatments were available in China, the immunologist added.

The National Health Commission reported 199 new coronavirus cases in its latest update on Monday, including 99 locally transmitted cases, 23 of which were found in Tianjin. The commission reported 92 local cases on Sunday.

Two further Omicron cases were reported in Anyang, a city of more than 5m people in central China, one of which was potentially linked to a student who arrived from Tianjin, local media said.

The caseload is far smaller than many other countries grappling with outbreaks of the Omicron variant. But the confirmed arrival of Omicron poses a significant challenge for the government amid concerns over the efficacy of China-made vaccines.

The global attention to the outbreaks and response from the Chinese Communist party is also set to intensify in the coming weeks with the Winter Olympics scheduled to start in Beijing early next month.