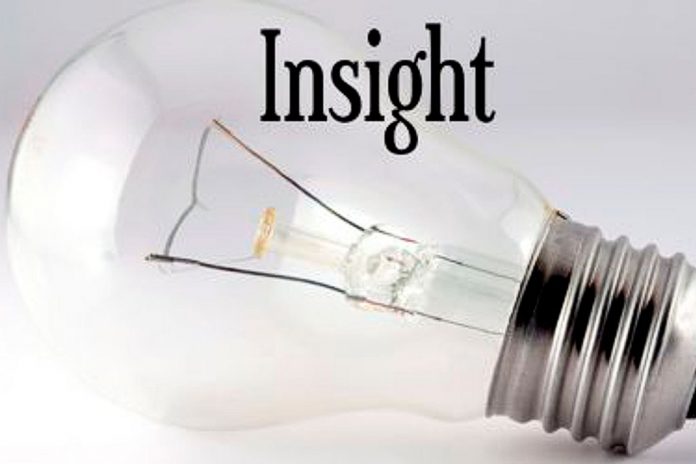 By Paul Greenberg – The best response to all that’s strange, mysterious or just surprising may be a smile. But the news of late has reduced me to the one-word question and expletive favored by “Mad Men’s” Don Draper whenever he’s confronted by anything that doesn’t make sense:

Take the sheer number of fabrications Barack Obama managed to pack into one response to a simple question on CBS’ “60 Minutes.” To swallow them all would require a boxcar of salt. And the whole enchilada came packaged in our president’s usual condescending style — as if he were still addressing a class of first-year law students at the University of Chicago, their notebooks at the ready to capture every pearl of wisdom he might drop, however artificial.

All it took to unleash this Niagara of falsehoods was a simple question about the explosion of the national debt on this president’s watch. (It’s now 60 percent higher than when he took office.) The president’s response went on for some time, but the biggest whopper had to be his claim that “when I came into office, I inherited the biggest deficit in our history.”
What?!

The biggest annual deficit the federal government has ever run turns out to have been in 1943 in the midst of the Second World War, the next biggest in the wartime years 1944 and 1945. As the Wall Street Journal was quick to point out.

It took the Journal two whole, heavily footnoted columns to go through the various snares-and delusions contained in the president’s extended answer to a simple question. And the Washington Post awarded him four Pinnochios, its Oscars for dissembling, on the basis of this performance.

Here’s the text of the president’s statement in all its sprawling fraudulence:

Beginning with that bogus claim about inheriting the biggest annual deficit in American history, the president went on to make a number of other dubious assertions that needed clearing up:

1. The Bush tax cuts actually increased government revenues, as tax cuts tend to do, rather than add to the federal deficit. Those awful Bush tax cuts worked so well that President Obama now proposes keeping them for most Americans.

2. The Bush administration’s drug insurance plan under Medicare may not have been paid for, but that doesn’t mean this president wants to drop it. On the contrary, ObamaCare would extend it. On a vast scale.

3. The war in Iraq was already being won by the time President Obama came into office, and American involvement there was starting to wind down — thanks to the Surge of troops that Sen. Obama had said would never work. (So did Hillary Clinton, then a U.S. senator and now his secretary of state.) The Surge proved so successful that President Obama adopted the same tactic in Afghanistan. And if it works as well there, it will also reduce this country’s military expenditures, and therefore the federal deficit — not increase it.

4. This president was willing to take responsibility for “only” 10 percent of the federal deficit, a figure that has no discernible basis in fact. His stimulus package back in 2009 cost $830 billion, and still failed to do much to stimulate the economy. The unemployment rate remains above 8 percent. The recession formally ended in June of 2009, yet his administration has been driving up the national debt by trillion-dollar deficits every year since he was sworn in. Where he got that 10 percent figure is anybody’s guess, probably his.

5. When the president says the deficit is growing at the slowest rate since the Eisenhower administration, he’s just having some fun with numbers. Because he’s measuring its rate of growth from the end of his first fiscal year in office — after he had increased government spending by $535 billion a year. Given that inflated base, of course the rate of increase would appear smaller — however ruinous.

And so trickily on. Bill Clinton did this kind of thing much better. And is still doing it much better, to judge by his ring-tailed roarer of a speech at the Democratic National Convention this year, which may have been just as deceptive but was so much slicker.

What was most remarkable about our president’s extensive mix of the misleading and just plain false wasn’t so much its web of falsehoods, semi-falsehoods and numbers games. Most of us are accustomed to that kind political gamesmanship by now.(Oh what a tangled web we weave, / When first we practice to deceive.)

What was unusual about his long-winded speech of an answer to a simple question was that it elicited not the slightest dissent from the country’s liberal (now called progressive) intelligentsia. There’s no point in looking for any criticisms of the president’s preposterous claims from a columnist like, oh, Paul Krugman, to cite the most blatant example of the deterioration of thought on the American left.

Didn’t there used to be a creature known as the honest liberal? What ever happened to the liberal conscience? Where are the Lionel Trillings and Murray Kemptons and Dwight Macdonalds of today? The kind of liberals who, despite their political leanings, saw through Alger Hiss’ cover story from the first, and were never afraid to challenge left-wing orthodoxies in general.

Something seems to have died in the American soul. Now whatever our own presidential candidate says, no matter now outrageous, it sparks no outrage, while everything the other party’s candidate says must be a lie.

What a sorry comedown for American political commentary when obvious falsehoods have to be pointed out by the fact-checking, bean-counting, Pinnochio-awarding number crunchers at the Wall Street Journal and Washington Post. Rather than the kind of commentators who offer thought, not just rows of figures. What has been lost is the eloquence that makes political commentary not just a public service but an art.