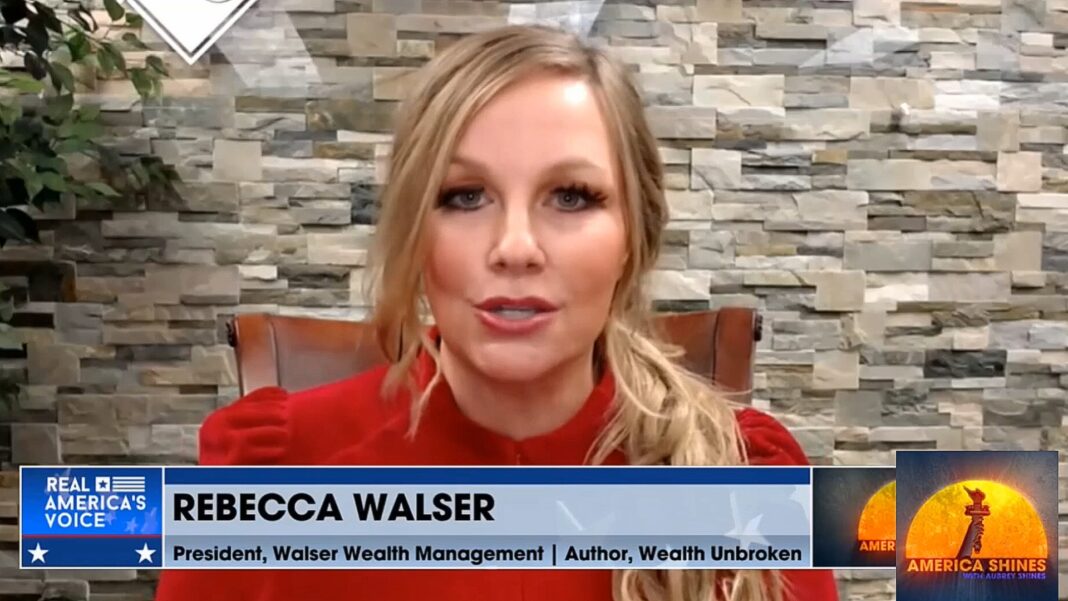 Rebecca Walser talks to Aubrey Shines about the World Economic Forum’s (WEF) Agenda 2030, which has been pushed up to 2023, and WEF’s partnership with the United Nations to reduce the population by 6 billion people by pushing their climate crisis agenda on the world. Its all in the WEF’s Agenda 2030.

Rebecca Walser: We are in an irregular warfare. You’re not seeing tanks on the streets, you’re not seeing  takeover, you, know, your not seeing things happening that are so obvious that we would all stand up and say, “Wait, time out. What’s going on here?” So we’re not saying that because there doing this by stealth, and they decided to do this by stealth because they couldn’t settle the science (climate science) and convince the world that it was settled and it needed to be done.

So, what they’ve done is they have created a public-private partnership between the World Economic Forum [and the U.N.], and I have to say, if you look a Agenda 2030, and go to their website, go to the WEForum.org website and look up Agenda 2030 see and the thinks that they put into the document, in writing.

You cannot be a conspiracy theorist if you read the document and state with the document states. That’s it, it’s, it’s settled. They want certain things. They want us to move away from meat consumption and production, and they want us to move to proteins that are bugs. They are already testing this out in Australia. We already have kids eating mealworms for snacks in Australia as we speak.

If you look at the Netherlands,  they’ve already implemented that fertilizer nitrogen restrictions where the farmers are having their farms taken now. They can’t produce 30% of what they are producing before, which makes them economically unviable and the governments going to buy up the farms on pennies on the dollar.

This is a concerted global effort across all nations to move us off of oil and petrochemical products that are using fertilizers that allow us to feed eight billion people a year, to move us back to more agrarian types, non-chemical based, and they think that they probably can only support a population of less than two billion people. Well, when you do the math, that means there talking about the elimination of six billion people, and that is not a pleasant conversation, and that is not a peaceful conversation. That is a death conversation that they are not coming out and boldly stating they want us to have.

But the farmers are revolting in the Netherlands. The farmers are going to revolt in Canada. You’re going to see an uprising, and it’s already happening. It’s just not being actually covered in America on the mainstream news, Aubrey, but it’s already happening every single weekend in Europe and across the world. There are thousands of people protesting every weekend, these restrictions on our ability to grow and maintain food in population. So this is, it is happening.

The UN and the WEF signed a Memorandum of Understanding to move up the Agenda 2030 to 2023. That is next year. They are using digital surveillance, digital identity, you will no longer be able to get into your phone or the internet at all without your digital ID and digital identity. So everything that you do will be a hundred percent known. There will be nothing longer, anything longer that will be anonymous. We are going to have social credit scores tied to our credit scores that will have a personal, you know, greenhouse gas consumption number tied to it. You might have to buy carbon credits. This is the world they are pushing us forward as fast as possible without discussion and debate because they will lose that debate.