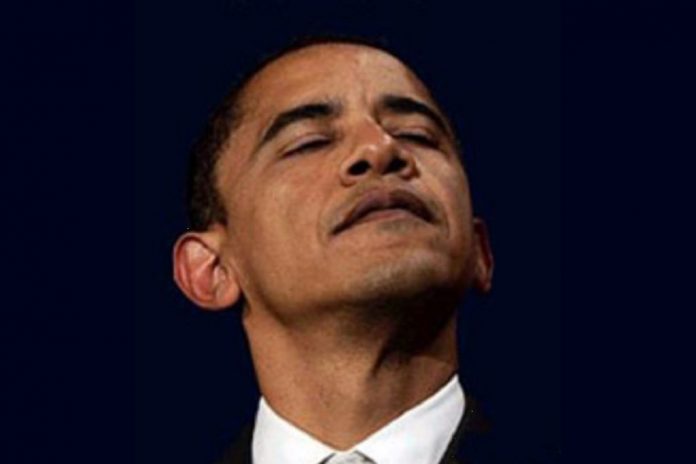 In September, the Environmental Protection Agency and the National Highway Traffic Safety Administration are expected to release new Corporate Average Fuel Economy standards, raising the average required mpg standard to as high as 62 mpg by 2025.

Having already passed a law telling Americans what kind of health insurance they must buy, President Obama is preparing to dictate what type of cars everybody must drive.

In September, the Environmental Protection Agency and the National Highway Traffic Safety Administration are expected to release new Corporate Average Fuel Economy standards. As currently conceived, the regulations would effectively be a regulatory mandate for Americans to drive electric cars.

Obama already raised CAFE standards two years ago, but the new rules would go much further, bringing the average required mpg standard to as high as 62 mpg by 2025. Though over the weekend, word leaked that 56 mpg would be more likely. By comparison, Toyota’s hybrid, the Prius, gets just 50 mpg.

If Obama opts for the higher goal, it could increase car prices by nearly $10,000, and cost 1.7 million jobs, according to a study by the Center for Automotive Research, as cited by Popular Mechanics.

Yet even if we take the Obama administration’s more optimistic estimates at face value, it still doesn’t change how the new standards would be limiting individual choice and infringing on personal liberty in a similar way to its national health care law.

When the Congressional Budget Office determined that the new benefit requirements in Obamacare would raise premiums in the individual insurance market by 10 percent to 13 percent on top of the increases that were already expected under the status quo Obama branded “unsustainable,” the administration argued that people would be getting better insurance as a result.

But this ignores those people with low medical costs who would prefer to purchase cheaper insurance with less generous benefits. Likewise, the administration’s argument that, over time, car buyers will recover the increased cost resulting from higher CAFE standards disregards many consumers.

It will take at least three years to recoup the higher cost of the new vehicles, yet many people prefer to lease cars. Those who own cars but don’t drive them much may never rack up enough mileage to realize the potential fuel savings. And some car buyers may not even be able to afford to pay extra up front.

Given the absurd fuel economy standards Obama is imposing, in practice, the new standards would force most American drivers to buy electric vehicles like the Chevy Volt, conveniently produced by Obama’s friends at the bailed-out General Motors.

Not only do CAFE standards restrict choice, they can kill. A 2002 report by the National Academies of Sciences found that the increase in fuel economy standards in the 1970s and 1980s boosted the production of lighter-weight vehicles that couldn’t handle collisions as well. As a result, 1,300 to 2,600 more people died in auto accidents in the year they studied (1993) than would have otherwise.

Whether it’s health care or cars, no matter how unfair and outright dangerous its policies are, the answer from this administration is the same: Obama knows best.

By Philip Klein, senior editorial writer for The Examiner. He can be reached at pklein@washingtonexaminer.com.