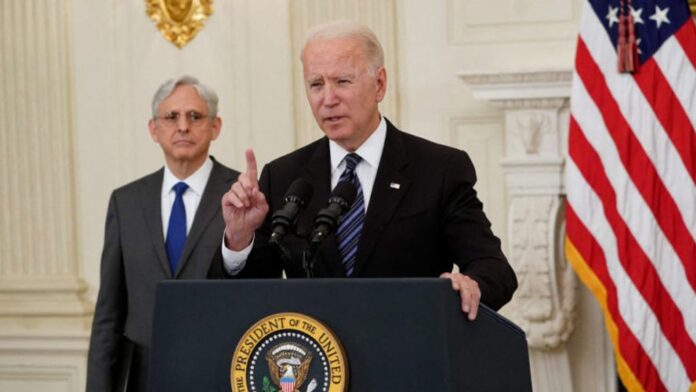 White House officials are directing officials in states across the nation to utilize COVID-19 relief funding to try to combat rising levels of crime, including shootings and homicides.

President Joe Biden’s recently unveiled strategy to combat crime has at its core a partnership with cities and states, giving them “historic levels of federal funding and a range of tools to address the multifaceted challenge of gun violence,” Susan Rice, assistant to the president for domestic policy and head of the Domestic Policy Council, and two other officials, wrote in a memorandum.

“In particular, the strategy uses the American Rescue Plan’s $350 billion in financial support and clear guidance to provide state, local, territorial, and tribal governments the money they need to put more police officers on the beat—including hiring above pre-pandemic levels in communities experiencing an increase in gun violence associated with the pandemic—as well as the other resources, training, and accountability they need to engage in effective community policing,” they added.

The Biden administration has made clear that the funds, ostensibly allocated to mitigate fiscal effects stemming from the COVID-19 pandemic, can be used for “evidence-based community violence intervention programs, summer employment and educational opportunities, and other investments that we know will reduce crime and make our neighborhoods safer,” the memo states.

The memo was sent to local and state officials across the nation.