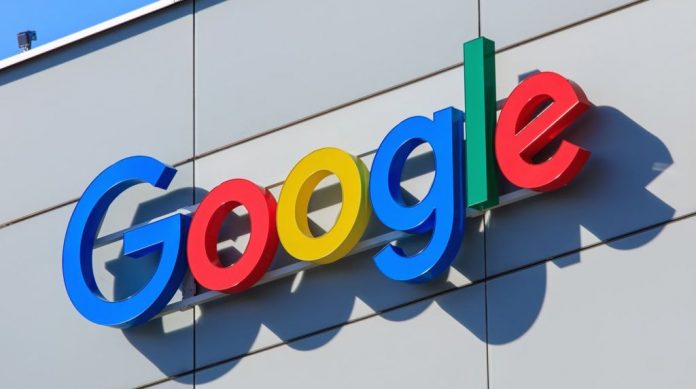 I am Dr. Robert Epstein, the proud father of five children, a resident of California, and Senior Research Psychologist at the American Institute for Behavioral Research and Technology. I love America and democracy, and I am also not a conservative. I have been center/center-left my whole adult life. You’ll see in moment why this fact is relevant to my testimony.

I am here today for three reasons: to explain why Google presents a serious threat to democracy and human autonomy, to explain how passive monitoring systems can protect us both now and in the future from companies like Google, and to tell you how Congress can immediately end Google’s worldwide monopoly on search. My plan for ending that monopoly was published just yesterday (Monday, July 15, 2019) by Bloomberg Businessweek (Epstein, 2019d). I am attaching a copy of my article to my testimony and respectfully request that it be entered into the Congressional Record.

I have been a research psychologist for nearly 40 years and have also served in various editorial positions at Psychology Today magazine and Scientific American MIND. I received my Ph.D. at Harvard University in 1981 and have since published 15 books and more than 300 scientific and mainstream articles on artificial intelligence and other topics. Since 2012, some of my research and writings have focused on Google LLC, specifically on the company’s power to suppress content – the censorship problem, if you will – as well as on the massive surveillance the company conducts, and also on the company’s unprecedented ability to manipulate the thoughts and behavior of more than 2.5 billion people worldwide.

Data I’ve collected since 2016 show that Google displays content to the American public that is biased in favor on one political party (Epstein & Williams, 2019) – a party I happen to like, but that’s irrelevant. No private company should have either the right or the power to manipulate large populations without their knowledge.

I’ve published articles about my research on Google in both scientific publications and a wide array of mainstream news sources: in TIME magazine, U.S. News & World Report, USA Today, Dissent, The Hill, and Huffington Post, for example, but also in The Daily Caller and even in Russia’s Sputnik News.

I reach out to diverse different audiences because the threats posed by Google, and, to a lesser extent, Facebook, are so serious that I think everyone in the world needs to know about them. I put my own political leanings aside when I report my data and concerns because the problems these companies present eclipse personal politics. To put this another way, I love humanity, my country, and democracy more than I love any particular party or candidate. And democracy as originally conceived cannot survive Big Tech as currently empowered.

If you were to examine the data I have been collecting over the past 6-and-a-half years, every one of you would put partisanship aside and collaborate to reign in the extraordinary power that Google and Facebook now wield with unabashed arrogance.

Here are five disturbing findings from my research, which adheres, I believe, to the highest possible scientific standards in all respects:

I know the number of votes that shifted because I have conducted dozens of controlled experiments in the U.S. and other countries that measure precisely how opinions and votes shift when search results favor one candidate, cause, or company. I call this shift “SEME” – the Search Engine Manipulation Effect. My first scientific paper on SEME was published in the Proceedings of the National Academy of Sciences (PNAS) in 2015 (https://is.gd/p0li8V) (Epstein & Robertson, 2015a) and has since been accessed or downloaded from PNAS’s website more than 200,000 times. SEME has also been replicated by a research team at one of the Max Planck Institutes in Germany.

SEME is one of the most powerful forms of influence ever discovered in the behavioral sciences, and it is especially dangerous because it is invisible to people – “subliminal,” in effect. It leaves people thinking they have made up their own minds, which is very much an illusion. It also leaves no paper trail for authorities to trace. Worse still, the very few people who can detect bias in search results shift even farther in the direction of the bias, so merely being able to see the bias doesn’t protect you from it. Bottom line: biased search results can easily produce shifts in the opinions and voting preference of undecided voters by 20 percent or more – up to 80 percent in some demographic groups.

Bear in mind here that all Google search results are, in a sense, biased. There are no equal-time rules built into Google algorithm. It always puts one widget ahead of another – and one candidate ahead of another.

SEME is an example of an “ephemeral experience,” and that’s a phrase you’ll find in internal emails that have leaked from Google recently. A growing body of evidence suggests that Google employees deliberately engineer ephemeral experiences to change people’s thinking. (For details about the methodology used in SEME experiments, please see the Appendix at the end of this testimony.)

Since 2013, I have discovered about a dozen subliminal effects like SEME, and I am currently studying and quantifying seven of them (https://is.gd/DbIhZw) (Epstein, 2018i).

These effects are nothing like Russian-placed ads or fake news stories. Russian interference, although troubling and unacceptable, does not, in my opinion, shift many votes (Epstein, 2017d, 2018a). Ads and news stories are competitive and visible, like billboards. The kinds of ephemeral effects I am studying, however, are invisible and non-competitive. They are controlled entirely by Big Tech companies, and there is no way to counteract them.

I have also studied and written about Google’s massive surveillance operations – most of which people are completely unaware of – and Google’s pervasive and unpredictable pattern of censorship, but time does not not permit me to discuss my work in these areas today. On the issue of censorship, I refer the Committee Members to a 2016 report I published in U.S. News & World Report called “The New Censorship” (http://bit.ly/28PgBmW) (Epstein, 2016d), which described nine different blacklists Google maintains to suppress information worldwide. We are all aware that Google deletes or blocks access to videos on YouTube, which it owns, but few people are aware that Google blocks access to millions of websites. On January 31, 2009, Google blocked access to virtually the entire internet for 40 minutes.

By the way, it is not just conservative content that gets censored (Epstein, 2018h). At times, Google also censors progressive and socialist content. The problem with Google is not that it censors conservatives; the problem is that it has the power to determine what content billions of people worldwide will or not see. No single entity – especially a private company that is not accountable to the public – should have such power (Epstein, 2016d).

I know how to stop Big Tech companies dead in their tracks, and that brings me, finally, to monitoring systems and the proposal I published yesterday.

Back in 2015, a telephone call from Jim Hood, the attorney general of Mississippi, prompted me to start a years-long project in which I learned to monitor what Big Tech companies are showing real users. In early 2016, I launched my first large-scale, Neilsen-type monitoring system that allowed my team to look over people’s shoulders and, with user permission, to capture the search results they were seeing on their computer screens before those results disappeared (Epstein, 2018d). I successfully deployed such systems in 2016 and 2018, and I’m raising funds now to build a much larger and more comprehensive system in early 2020 – one that will allow us to catch Big Tech companies in the act – to instantly spot when Google is showing people politically biased search results; when Twitter is suppressing tweets sent by the President, Ann Coulter, or Elizabeth Warren; when Facebook is sending out “Register to Vote” reminders only to members of one party.

This system must be built to keep an eye on Big Tech in 2020 because if these companies all support the same candidate – and that’s likely, needless to say – they will be able to shift upwards of 15 million votes to that candidate with no one knowing and without leaving a paper trail.

To let Big Tech companies get away with invisible manipulation on this scale would be to abandon the free-and-fair election, a cornerstone of democracy. It would make democracy meaningless, even if your chosen candidate prevailed.
A worldwide network of passive monitoring systems must be built to protect humanity and democracy from manipulations by today’s Google and the Googles of tomorrow. Only tech can fight tech; laws and regulations will never keep up (Epstein, 2018d).
Finally, yesterday I published an article explaining how Congress can quickly end Google’s worldwide monopoly on search (Epstein, 2019d). The solution to The Google Problem is

to declare Google’s massive search index – the database the company uses to generate search results – to be a public commons, accessible by all, just as a 1956 consent decree forced AT&T to share all its patents. There is precedent in both law and in Google’s own business practices to justify taking this step.

Declaring Google’s index a commons will quickly give rise to thousands of search platforms like Google.com, each competing with Google, each providing excellent search results, each serving niche audiences, large and small, exactly like newspapers and television networks and websites do now. Search will become competitive, as it was during its early years, and democracy will be protected from Google’s secretive machinations.

In his famous departing speech in January, 1961, President Eisenhower warned about the possible rise of a “technological elite” that could control public policy without people’s awareness (Epstein, 2016a, 2018c). That elite now exists, and they have more power than you think. It’s up to Congress to determine where we go from here.

Chairman Cruz, Ranking Member Hirono, other Members of the Committee, thank you for the opportunity to testify today. I look forward to your questions.

Entire Testimony with Appendix and References