Home Keep Up World Health & Pandemics Will 100 Million Die From the COVID Vax by 2028? 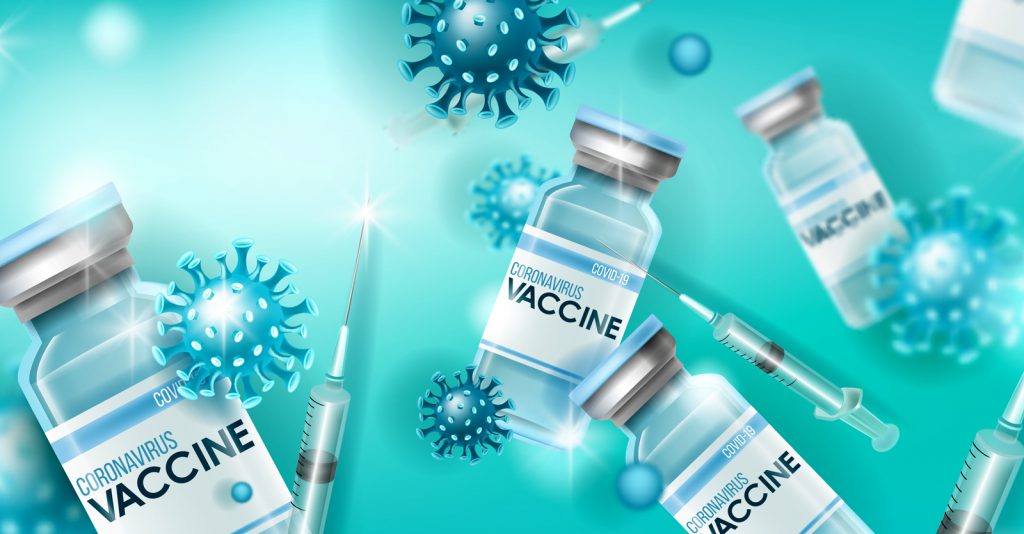 Via this genetic engineering experiment, they’ve literally injected ‘seeds of demise’ into everyday people like a cockroach spray. Based on a 2011 estimate, he believes an extra 700 million will be killed from this bioweapon – and they’ve known about the risks since 2005.

In this revealing interview with Greg Hunter of USAWatchdog.com, David Martin, Ph.D., presents evidence that COVID-19 injections are not vaccines but bioweapons that are being used as a form of genocide across the global population.1

In March 2022, Martin filed a federal lawsuit against President Biden, the Department of Health and Human Services and the Centers for Medicare and Medicaid Services alleging that COVID-19 shots turn the body into a biological weapons factory, manufacturing spike protein. Not only is the term “vaccination” misleading when referring to COVID-19 shots, it’s inaccurate since they are actually a form of gene therapy.2

“And we are not only not going to be sued for, you know, any libel or misinformation, we are actually holding people criminally accountable for their domestic terrorism, their crimes against humanity and the story of the coronavirus weaponization that goes back to 1998,” Martin says.3

SARS-CoV-2 Has Been in the Works for Decades

Martin has been in the business of tracking patent applications and approvals since 1998. His company, M-Cam International Innovation Risk Management, is the world’s largest underwriter of intangible assets used in finance in 168 countries. M-Cam has also monitored biological and chemical weapons treaty violations on behalf of the U.S. government, following the anthrax scare in September 2001.4

According to Martin, there are more than 4,000 patents relating to the SARS coronavirus. His company has also done a comprehensive review of the financing of research involving the manipulation of coronaviruses that gave rise to SARS as a subclade of the beta coronavirus family.

Much of the research was funded by the National Institutes of Allergy and Infectious Diseases (NIAID) under the direction of Dr. Anthony Fauci.5 Martin explained:6

“I think it’s important for your listeners and viewers to remember that it was 1999 when Anthony Fauci and Ralph Baric at the University of North Carolina Chapel Hill decided to start weaponizing coronavirus they patented in 2002 — and you heard that date correctly, that’s a year before the SARS outbreak in China.

COVID-19 Shots Are an ‘Act of Bioterrorism’

According to Martin, the spike protein that the COVID-19 shots manufacture is a computer simulation of a chimera of the spike protein of coronavirus. “It is, in fact, not a coronavirus vaccine. It is a spike protein instruction to make the human body produce a toxin, and that toxin has been scheduled as a known biologic agent of concern with respect to biological weapons for the last now decade and a half,” he said.7

Rather than being a public health measure as they were widely campaigned to be, COVID-19 shots are an act of bioweapons and bioterrorism. Martin shared that in 2015, Dr. Peter Daszak, head of the EcoHealth Alliance that funneled research dollars from the NIAID to the Wuhan Institute of Virology for coronavirus research, stated:8

“We need to increase public understanding of the need for medical countermeasures such as a pan-coronavirus vaccine. A key driver is the media and the economics will follow the hype. We need to use that hype to our advantage, to get to the real issues. Investors will respond if they see profit at the end of the process.”

Daszak, who Martin refers to as “the money launderer in chief,” “actually stated that this entire exercise was a campaign of domestic terror to get the public to accept the universal vaccine platform using a known biological weapon. And that is their own words, not my interpretation,” Martin said.9

Martin: 100 Million May Die Due to COVID Shots

Both Pfizer and Moderna’s COVID-19 shots contain nucleic acid sequences that are not part of nature and have not been previously introduced to the human body. This amounts to a genetic engineering experiment that did not go through animal studies or clinical trials.

However, already people are dying from the shots and, Martin states, “many more will” due to issues such as blood clots, damage to the cardiovascular system and problems with liver, kidney and pulmonary function.10

An onslaught of reproductive and cancer cases related to the shots are also anticipated. “The fact of the matter is an enormous number of people who are injected are already carrying the seeds of their own demise,” Martin said.11 As for how many may die, Martin believes the numbers may have been revealed back in 2011, when the World Health Organization announced their “decade of vaccination”:12

“Based on their own 2011 estimate, and … this is a chilling estimate, but we just have to put it out there … When the Bill and Melinda Gates Foundation, the Chinese CDC, the Jeremy Farrar Wellcome Trust and others published The Decade of Vaccination for the World Health Organization back in 2011 their stated objective was a population reduction of 15% of the world’s population.

Put that in perspective, that’s about 700 million people dead … and that would put the U.S. participation in that certainly as a pro rata of injected population somewhere between 75 and 100 million people.”

When asked what timeframe these people may die in, Martin suggested “there’s a lot of economic reasons why people hope that it’s between now and 2028.”13 This is because of “a tiny little glitch on the horizon” — the projected illiquidity of the Social Security, Medicare and Medicaid programs by 2028.

“So the fewer people who are recipients of Social Security, Medicare and Medicaid, the better,” Martin said. “Not surprisingly, it’s probably one of the motivations that led to the recommendation that people over the age of 65 were the first ones getting injected.”14 Other populations at risk are caregivers, including health care providers, and others in the workforce who were forced to be injected, such as pilots.

“Why is it that we’re suddenly having 700 flights a day being canceled because, allegedly, airlines don’t have pilots? … the dirty secret … is there a lot of pilots who are having microvascular problems and clotting problems, and that keeps them out of the cockpit, which is a good place to not have them if they’re going to throw a clot for a stroke or a heart attack,” Martin said.

“But the problem is we’re going to start seeing that exact same phenomenon in the health care industry and at a much larger scale, which means we now have, in addition to the problem of the actual morbidity and mortality, meaning people getting sick and people dying.

Why COVID Shots May Change Your DNA

It’s been stressed by the media and public health officials that COVID-19 shots do not alter DNA. However, Martin brings attention to a little-known grant from the National Science Foundation, known as Darwinian chemical systems,16 which involved research to incorporate mRNA into targeted genomes. According to Martin:17

“Moderna was started … on the back of a 10-year National Science Foundation grant. And that grant was called Darwinian chemical systems … the project that gave rise to the Moderna company itself was a project where they were specifically figuring out how to get mRNA to write itself into the genome of whatever target they were going after.

The 2001 anthrax attack, which came out of medical and defense research, led to the passage of the PREP Act, which removed liability for manufacturers of emergency medical countermeasures.

“One of the convenient things about the PREP Act is the immunity shield from liability actually is only as good as the absence of fraud. Because if there was fraud in the promulgation of the events, leading to an emergency use authorization, then all of the immunity shield gets wiped out.

So the reason why it is so important for conversations like the one we’re having to actually be promoted and be advanced is because the pharmaceutical companies — and this includes Pfizer and Moderna and J&J — know they are perpetuating a fraud. The great thing about this is when that fraud is established, 100% of the liability flows back to them.

… when a fraud was the basis for a fraud, then we actually have a number of other legal remedies that allow you to pierce that veil. So in the end, there’s no question … and it’s quite evident based on the current mortality and morbidity data that given the fact that when it comes to biological weapons and bioterror each count comes with $100 million penalty. That’s what the federal statute gives us.

If you’d like to follow the progress of the ongoing legal cases seeking to expose the truth — that a criminal organization is seeking to obtain control over the global population via the creation of patented bioweapons marketed as novel viruses and injections — you can find all the details at ProsecuteNow.io, a website compiled by Martin and colleagues.20