Home Keep Up Immigration Will Biden send in the Army to help with the migrant surge?... 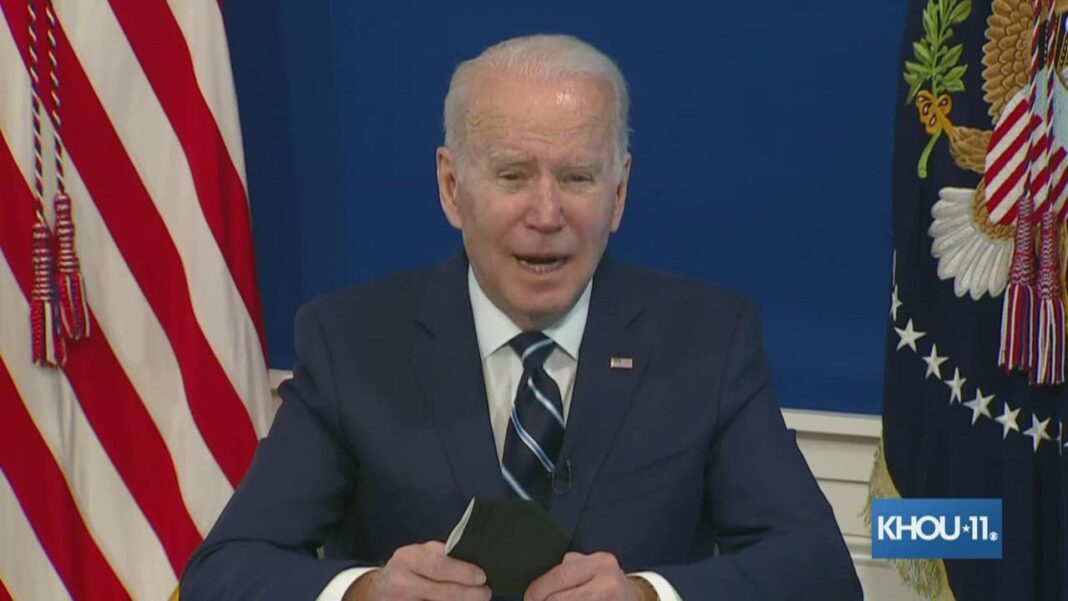 A senior U.S. general revealed on Thursday that border authorities had asked the Pentagon for help amid in surge in arrivals from Mexico that could even get worse if Washington lifts pandemic restrictions.

Sen. Jim Inhofe, the senior Republican on the Senate Armed Services Committee, asked him about the southern border.

‘I’m deeply concerned that the crisis will soon get even worse.

‘As we discussed in my office, if the Biden administration ends the title 42 border policy in April, illegal immigration will surge even beyond the current record-setting levels,’ he said, referring to a provision that allows migrants to be returned under public health control measures.

‘So Gen. VanHerck, given the worsening conditions and the crisis at the southwest border, are you aware of any discussion within the administration or DHS that could result in any requests for additional troops at that border?’

He replied: ‘Sen Inhofe there is a request from the Department of Homeland Security.

‘It is in the planning stages right now of the department to provide additional capability or capacity based on the potential for additional immigration, or folks coming to the southwest border.’

But he added that he had no further details.

Thousands of U.S. troops have been deployed to the southern border since 2018, when President Donald Trump sent them to help deal with migrant arrivals.

Since last year, about 3000 National Guard troops have been assisting U.S. Customs and Border Protection agents, with logistical support and surveillance. At its peak, almost 6000 troops were stationed at the border.

Details of the new request emerged as preliminary U.S. Customs and Border Protection data suggest authorities are in line to make more than 200,000 detentions along the Mexican border in March.

That would be the highest monthly total since August, according to the Washington Post which obtained the figures.

At the same time, the agency has been holding 15,000 migrants each day – compared to fewer than half that last month.

On Thursday the Biden administration announced plans to speed up asylum processing and deportations at the U.S.-Mexico border as officials worry over a potential mass influx of migrants if Title 42, a coronavirus public health order, is rescinded.