Home Keep Up Biden Regime Will The Real Chief Executive Please Stand Up? 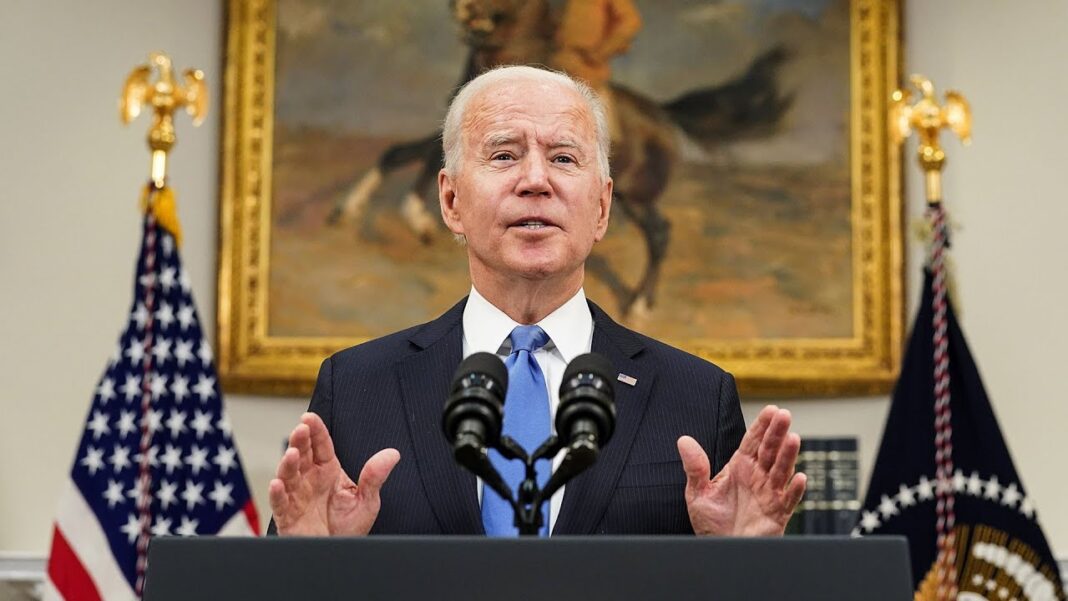 Two  very disconcerting truths became inescapable during the January 19 sham “press conference,” only the second to be held, as the Biden Cabal passes the one year mark since it clawed its way into the White House. First, nobody really believes Ol’ Joe is in any way actually running things. Nor does the individual or cabal in control have any decent understanding or consideration of what’s good for America or how to make the country great for the American people.

The event has been properly characterized as “dumpster fire” and “train wreck.” If anything, those descriptors were mild. And in its wake, the “White House” (Just who is that?) scrambled to issue “clarifications” of Biden’s rambling. America was once again reminded that absolutely nothing about this situation is genuine. Ol’ Joe clearly did not rally 81 million Americans to vote for him in November of 2020. And he isn’t sufficiently functional to run the affairs of the presidency now.

Questions were scripted, and his strained and stumbling responses were not of his own making. Given his mental condition, he’s been remarkably well trained to attempt to occasionally look like he’s speaking on his own. But all too often in last week’s “press conference,” it was painfully obvious that he was drawing a complete blank, waiting for further instruction. Like everything else the left perpetrates, the entire situation was phony. Biden received no serious inquiries regarding the Nation’s deteriorating condition from those leftist Fake News “reporters” who hounded President Trump. Yet even in the face of the slightest challenge, he struggled greatly to maintain a facade of “composure.”

One person who clearly doesn’t believe things are as the leftist Democrats seek to present them is Russian President Vladimir Putin. His increasing aggression towards Ukraine makes it clear that he sees Biden as a witless paper tiger, flailing in his efforts to pretend he represents America. And the grave danger to our Nation neither begins nor ends there. It is a certainty that China is watching all of this very closely, and is only waiting for the right moment to engage in its own aggression against Taiwan, and who knows where else.

Following the event, faux “Secretary of State” Antony Blinken has been desperately attempting to do damage control, after Biden essentially invited Russian advances on Ukraine by spotlighting the disunity between America and European countries on how to respond. Blinken claims they everyone is “united” (of course), and that any Russian action would result in a “swift and serious” response. However, the facade isn’t fooling anyone, least of all the Russians. Ever since last summer’s Afghanistan disaster, in which the Biden Cabal insanely surrendered control of that nation to the islamist Taliban while gifting them with $100 billion in US military assets (Who can seriously doubt Obama was the author of this deal?), foreign powers have been angling for their own gains against a weakened and ideologically dysfunctional America.

Meanwhile on the home front, forty seven thousand illegals have lately been brought into this country and dispersed among us, with no vetting for links to foreign terrorist organizations or drug cartels. Instead, the Biden Cabal has the DOJ/FBI focusing on tracking down its political enemies on every flimsy premise. That’s the characteristic behavior of a tinhorn despot wannabe, not the leader of a sovereign and free nation.

In a Monday press “briefing” Biden was caught “off mic” losing control and castigating Fox News reporter Peter Doocy in profane terms for asking a simple, straightforward question on the negative political impact of the rampant inflation Americans are suffering due to Biden Cabal policies. Given the incessantly confrontational behavior of the leftist Fake News crowd during the Trump Presidency, it would seem reasonable that Biden, were he legitimate and cogent (hypothetically speaking, of course..) could handle one very direct and substantive question on an issue with grave repercussions for the average citizen. But Biden’s vitriolic response put the lie to that notion.

As one leftist policy disaster is followed by another, Americans increasingly need to know who to hold responsible for the mess in which our Nation currently finds itself. Derisive signs and expressions of disdain for Joe Biden, while understandable, largely miss the point. He could be removed and replaced, and nothing would improve, as long as those making the actual decisions wreaking so much havoc on our Nation remain in place and unaccountable.

In November of 2020, the leftist Democrats made a grand calculation that they could actually steal the Presidential Election, and while Americans would get mad, nobody would do anything substantive in response. The sudden, simultaneous, and seemingly “inexplicable” halt of the vote count in those six swing states, followed by a complete reversal in supposed vote “tallies” in every one of them once the “counting” resumed, cannot be perceived in any other way by any intellectually honest person. So far, this treasonous gamble has paid off handsomely for the left.

Barring the prospect of American citizens all across the land crying “foul” enmasse and standing up to it, the coup will succeed. The only current risk facing the left is the prospect of Biden totally breaking down and completely failing in front of the cameras, to the point that the charade cannot be maintained in any manner. On the other hand, if they can keep him kicking for one more year, despite the absurdities we see on a daily basis, they would have a shot for his replacement, whoever it may be (likely not Harris) to hold office for a full ten years thereafter. And yes! Leftists will risk America’s well-being, international standing, and security for those stakes. 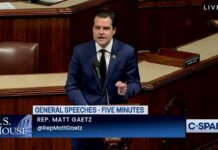