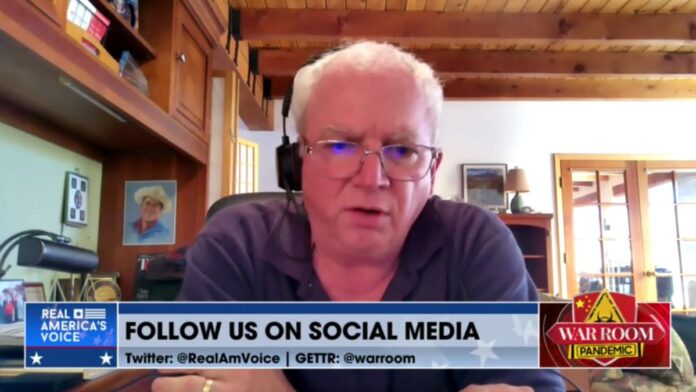 Host Stephen K. Bannon talks to attorney John Eastman, who worked with President Trump on developing his strategy for fighting the Electoral College results that were delivered to Congress on January 6. His memo to President Trump and Vice President Pence has become news because Bob Woodward and Robert Costa used a version of the memo on their new book “Peril.” But Eastman reveals to the “War Room” that the authors withheld important information in order to slime Trump and Eastman.

“Let me put it this way. First of all, the memo that Costa and Woodward published in their book was a preliminary memo, they knew that. They had the full memo and chose not to use it. … They knew it because I talked to them and I said you guys have a very preliminary version of this but without any of the context or the premises that were laid out in it or the legal authority, here’s the full version. They chose not to focus on it. … The Washington Post reporter called me the other day … and she asked me about that memo and I said that’s the preliminary one, here’s the full version. She had it and chose not to mention it in her article…. The fuller draft lays the premise. … The premise … is that there was illegal conduct in every one of these states sufficient enough to have affected the outcome of the election, and under that premise was there anything that could be done to avoid certifying an illegally certified president.”