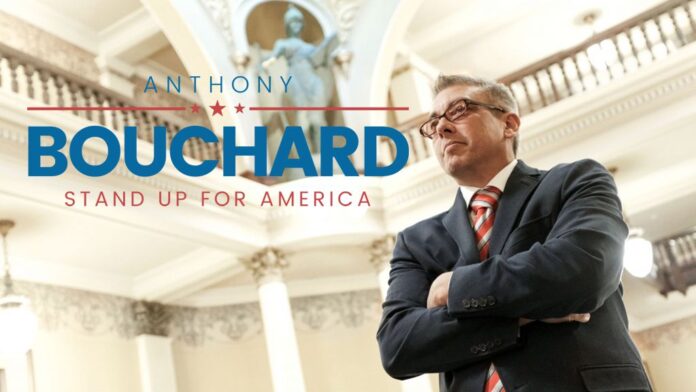 In the aftermath of the four phenomenal years of the Trump Presidency, and the abhorrent 2020 leftist Democrat election theft, a major upheaval is unfolding within the Republican Party. It holds the potential to completely redefine the party. Of course the GOP “Establishment” is fanatically determined to restore its long standing game of “business as usual” by which it could play opposition party, pretending to counter the Democrat agenda, while never actually accomplishing anything. For years, this had worked well for fundraising letters and to keep incumbents in office. But that game is up.

The stunning accomplishments of President Trump, from his major progress at securing the border, to the flourishing Trump economy, to the amazing peace accords in the Middle-East, proved that real conservative policy could be implemented, if the intent was to actually do so. Needless to say, leftist Democrats were outraged. But so were many supposed “Republicans” who had never embraced real conservatism, despite engaging in shameless charades of being such. Among the worst of these was Wyoming RINO Congresswoman Liz Cheney.

Faced with the prospect of supporting the pro-America Trump agenda or siding with leftist Democrats, Cheney not only took the Democrat position on a host of issues, she loudly castigated the President while giving faux “credence” to despicable Democrat policy that can only come from the endorsement of a RINO collaborator. Her treachery even included extremely enthusiastic support for the criminal and unconstitutional “impeachment” sham, perpetrated against President Trump by the leftist Democrats after he was no longer in the White House.

Conservative Americans are outraged, and particularly in the very “red” State of Wyoming where Cheney was elected to the Congress as the textbook out-of-state “carpet-bagger.” Wyomingites have had enough. In an unprecedented move Cheney was summarily censured by the Wyoming Republican Party. Best of all, conservatives across the Cowboy State have called for the duplicitous Cheney to be challenged in the 2022 Wyoming Primary.

Answering this call is Anthony Bouchard, an unshakable conservative bulldog serving his second term in the Wyoming State Senate. Prior to his election in 2016, Bouchard was heavily involved in grassroots advocacy of defining conservative causes, involving everything from the preservation of religious freedom, to the sanctity of life for the unborn, to the establishment of pro-Second Amendment legislation that truly upholds the letter and spirit of the Constitution and Bill of Rights. Grassroots support for Bouchard has been enormous, which of course means the GOP “Establishment” will be on the warpath against him.

His political savvy as a genuine Conservative is profound and extensive. He has a keen eye for spotting political sleights of hand, intended to impress voters while actually accomplishing nothing. To the dismay of the entrenched, self-serving political class, he refuses to play that game. Having fought so hard “in the trenches” for real pro-Second Amendment legislation before assuming office, he was absolutely unwilling to support a bill that claimed to be pro-gun, but had been severely watered down during the legislative process. Posturing politicians are still holding their grudges against him over that one. In so many ways, the opposition Bouchard faces from Wyoming’s GOP “Insiders” mirrors the attacks President Trump has had to endure from Beltway Republicans, and for the same reason.

No doubt, the strategy of the Cheney camp will be to bring in big money from out of state special interests, none of whom have any loyalty to Wyoming or the conservative agenda, in hopes of dazzling the voters with huge campaign ad buys. Concurrent with this will be a major effort to get several “conservative” wannabes to run in the primary, thus drastically splitting the vote. A little dirty trick, implemented years ago by the Wyoming GOP “Establishment,” would redound totally in Cheney’s favor at that point. According to Wyoming law, Democrats can go to the polling place on election day, register as “Republicans,” vote for the most pro liberal/Democrat candidate in the field (which of course would be Cheney), then re-register as Democrats once they were finished voting.

Cheney’s political “career” has been advanced from the start through just such political insider ploys. Having done her best to “legitimize” and enable the leftist Democrats after last November’s election heist, she has since openly stated her absolute refusal to support President Trump, were he to run in 2024. It is beyond naive to expect anything else from her. If the GOP is ever to stand for anything better than its current hapless caricature of a political party, such turncoats need to be expunged from it. Conversely, if Cheney were to win through such chicanery, it is guaranteed that the GOP “Establishment” will loudly proclaim her victory as “proof” that Conservative America has moved past the Trump era and returned to the insipid and feckless ways of the former GOP.

It is a sad irony that while so many Americans are totally fed up with the current ineptitude of the Republican Party, many are apprehensive over the prospect of electing a candidate who will be deemed “controversial” by the political swamp. Now is not the time for such timidity. The political structure that gave us Mitch McConnell, Paul Ryan, and Mitt Romney is no friend of real conservatism. If Wyoming Conservatives want an actual departure from the mire of “Business as usual” and seek a political course that would truly oppose the leftist onslaught while offering real remedies to it, this is their opportunity to make that change. And Senator Bouchard is just the political warrior to accomplish it.