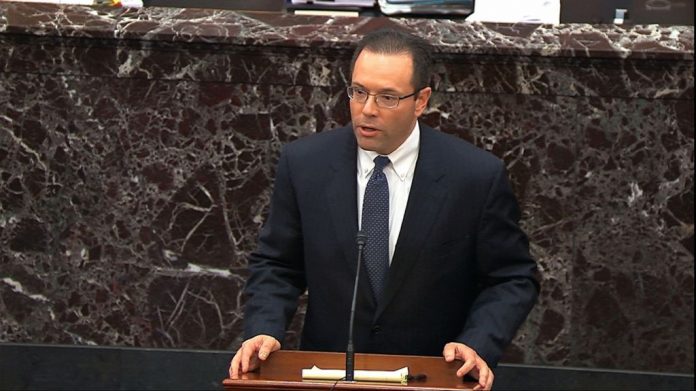 President Trump told Fox News’ “The Ingraham Angle” in an exclusive interview Friday that his defense team in the Senate impeachment trial merely has to “be honest” in laying out the case for why he shouldn’t be removed from office before calling the proceedings a “fraud.”

“What my people have to do is just be honest, just tell the truth,” Trump told Raymond Arroyo at the March for Life rally in Washington. “They’ve been testifying, the Democrats, they’ve been telling so many lies, so many fabrications, so much exaggeration. And this is not impeachable.”

The president’s team of lawyers, led by White House Counsel Pat Cipollone, have vowed to lay out an aggressive case in defense of the president when they begin their opening arguments Saturday morning. Democrats say Trump wrongfully sought to withhold military aid from Ukraine until the country’s president announced an investigation into dealings involving natural gas company Burisma Holdings, where former Vice President Joe Biden’s son, Hunter sat on the board.

Trump has repeatedly denied any wrongdoing in the matter.