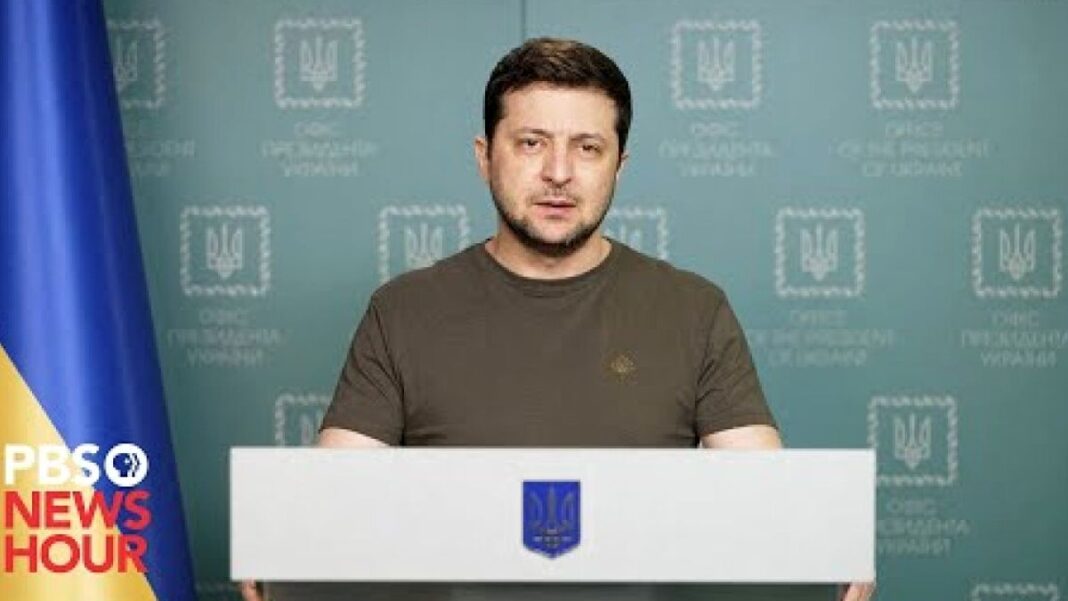 Ukrainian President Volodymyr Zelensky in an address on Thursday outlined the country’s key priorities for peace talks with Russia.

“My priorities in the negotiations are absolutely clear: the end of the war, security guarantees, sovereignty, restoration of territorial integrity, real guarantees for our country, real protection for our country,” he said.

His remarks come after Mykhailo Podoliyak, adviser to Zelensky and one of Ukraine’s representatives at the Russia–Ukraine ceasefire negotiations, signaled that the two countries appear to have found some common ground amid talks.

“The only thing we confirm at this stage is a ceasefire, withdrawal of Russian troops and security guarantees from a number of countries,” he wrote in a Twitter post, encouraging a direct dialogue between Zelensky and Russian President Vladimir Putin.

Putin launched a full-scale invasion against Ukraine on Feb. 24, describing it as a “special military operation.”

Three weeks in, Britain’s Defense Ministry said in an intelligence update that the offensive has “largely stalled on all fronts.”

Russian forces have made minimal progress on land, sea, or air in recent days and continue to suffer heavy losses, while Ukrainian resistance remains staunch and well-coordinated, the update said.

“The vast majority of Ukrainian territory, including all major cities, remains in Ukrainian hands,” the ministry said.

Podoliyak confirmed the authenticity of a draft ceasefire deal reported on by the Financial Times, but said it represents only the position of the Russian side.

Zelensky on Tuesday signaled that Ukraine does not expect to join NATO, a critical Russian concern that was used to justify the invasion.

“Ukraine is not a member of NATO. We understand that. We have heard for years that the doors were open, but we also heard that we could not join. It’s a truth and it must be recognized,” Zelensky said during an address by video conference to leaders of the the UK-led Joint Expeditionary Force.

”I am glad that our people are beginning to understand this and rely on themselves and on our partners who assist us,” Zelensky added.