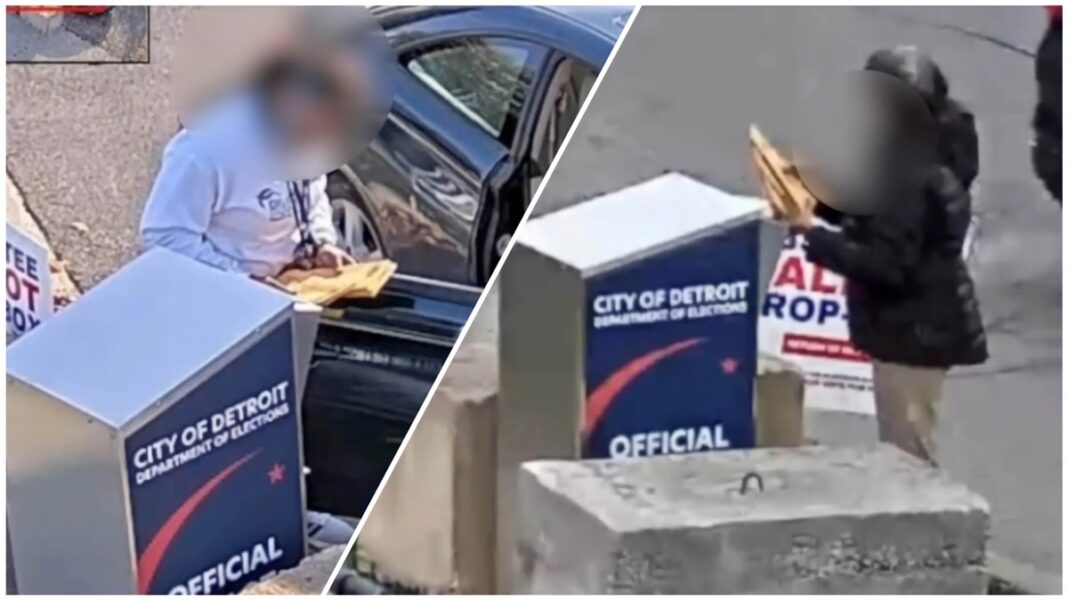 The exclusive drop-box footage from the 2020 presidential election was obtained by The Gateway Pundit and Attorney John Burns.

The MC4EI team in Michigan spent hours scouring through the thousands of hours of security camera footage to put together this explosive 13-minute video.

Special thanks to Patty McMurray and 100 Percent Fed Up for her help in coordinating this effort.

The MC4EI team captured dozens of instances of ballot trafficking in the 2020 Detroit Election.

The fraud was captured on camera.

This footage changes everything!