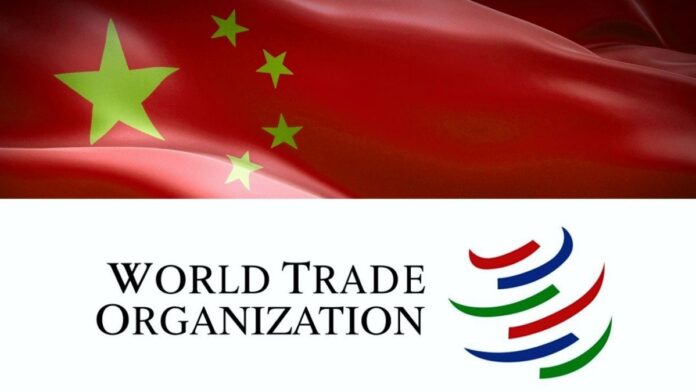 Should China have been admitted to the World Trade Organization (WTO) in 2001?

“Knowing now the behavior that China has exhibited as a member of the WTO over the past 20 years, with a really significant failure to live up to their commitments, the answer would be no,” Stephen Ezell, vice president of Global Innovation Policy at the Washington-based Information Technology & Innovation Foundation, told The Epoch Times.

In a new report (pdf), Ezell details how the Chinese regime “remains woefully short” of meeting the commitments it made as conditions of its WTO accession in December 2001, including in the areas of “industrial subsidization, protection of foreign intellectual property, forcing joint ventures and technology transfer, and providing market access to services industries.”

According to the WTO, economies that join the organization benefit by realizing “structural and trade-liberalizing reforms” that “help to secure integration into the global economy.” In 1999, then-President Bill Clinton said in a press conference with Chinese Premier Zhu Rongji that bringing China into the WTO “on fair commercial terms” would “go far toward leveling the playing field for [U.S.] companies and [U.S.] workers in China’s markets” and “commit China to play by the rules of the international trading system.”

Instead, Beijing has engaged in “decades of gaming the global trading system,” enabling it to “accumulate tremendous trade surpluses and foreign currency reserves, which it uses to pursue domestic and foreign policy objectives,” Ezell wrote. The Chinese regime’s domestic policies include the imprisonment of more than 1 million Uyghurs in internment camps and the repression of remaining civil liberties in Hong Kong. On the foreign policy front, the regime has threatened to invade and subjugate democratic Taiwan, expanding its territory in the disputed South China Sea, and is seeking to build global political and economic clout through the Belt and Road Initiative, a massive infrastructure investment project.