Two men pled guilty in federal court on Aug. 6 to assaulting law enforcement officers during the breach of the U.S. Capitol on Jan. 6, the first such plea agreements related to assaults on police that day.

Scott Fairlamb, a gym owner in New Jersey, and Devlyn Thompson of Washington state entered guilty pleas and will both be sentenced by U.S. District Judge Royce Lamberth, a Reagan nominee, in September.

Fairlamb was captured on video punching a Metropolitan Police Department (MPD) officer outside the Capitol, according to court documents. He posted one video on Facebook showing him saying, “What patriots do?” We [expletive] disarm them and we storm [expletive] the Capitol.”

Fairlamb was holding a collapsible baton, which he was seen picking up from the ground after a skirmish between officers and members of the crowd.

Thompson was also captured on video assaulting an officer, officials said in court filings. He used a baton to smack a Washington police officer, who was part of a group of law enforcement officers who were trying to block an entrance to the Capitol.

Fairlamb agreed to plead guilty to obstruction of an official proceeding and assaulting officers, in exchange for 10 other counts being dropped.

“He wished to assume responsibility for what he did on that day,” Harley Breite, Fairlamb’s lawyer, told The Epoch Times.

He faces up to 28 years in prison, though sentencing guidelines call for 41 to 51 months. Breite plans to ask the judge to go under the guidelines for the defendant, who has been in jail since being arrested on Jan. 22 at his home in Stockholm, in Sussex County.

“What people should know is that this is an aberration. This one act alone does not define the entirety of Scott Fairlamb’s life,” the lawyer said.

Prosecutors have said that Fairlamb, a former mixed martial arts fighter, displayed in January “a capacity and wanton willingness to violate the law, to engage in acts of disorder and violence, and to harm others, including uniformed law enforcement.”

Fairlamb has also been convicted before of unlawful possession of a handgun, aggravated assault, and simple assault, according to court filings.

Thompson pleaded guilty to the sole charge of assaulting an officer. He could land 20 years in prison. If the judge adheres to sentencing guidelines, he’ll receive between 46 months and 57 months in jail.

Both men could also be fined, and have agreed to pay restitution. 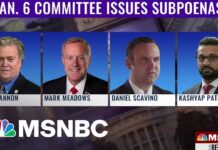 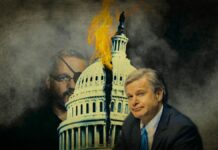