Why is it OK to mock one religion but not another?

By Bret Stephens – The Wall Street Journal: ‘Hasa Diga Eebowai” is the hit number in Broadway’s hit musical “The Book of Mormon,” which won nine Tony awards last year. What does the phrase mean? I can’t tell you, because it’s unprintable in a family newspaper.

On the other hand, if you can afford to shell out several hundred bucks for a seat, then you can watch a Mormon missionary get his holy book stuffed—well, I can’t tell you about that, either. Let’s just say it has New York City audiences roaring with laughter.

Why is it OK to mock one religion but not another? Columnist Bret Stephens joins Opinion Journal.

The “Book of Mormon”—a performance of which Hillary Clinton attended last year, without registering a complaint—comes to mind as the administration falls over itself denouncing “Innocence of Muslims.” This is a film that may or may not exist; whose makers are likely not who they say they are; whose actors claim to have known neither the plot nor purpose of the film; and which has never been seen by any member of the public except as a video clip on the Internet.

No matter. The film, the administration says, is “hateful and offensive” (Susan Rice), “reprehensible and disgusting” (Jay Carney) and, in a twist, “disgusting and reprehensible” (Hillary Clinton). Mr. Carney, the White House spokesman, also lays sole blame on the film for inciting the riots that have swept the Muslim world and claimed the lives of Ambassador Chris Stevens and three of his staff in Libya.

So let’s get this straight: In the consensus view of modern American liberalism, it is hilarious to mock Mormons and Mormonism but outrageous to mock Muslims and Islam. Why? Maybe it’s because nobody has ever been harmed, much less killed, making fun of Mormons.

Here’s what else we learned this week about the emerging liberal consensus: That it’s okay to denounce a movie you haven’t seen, which is like trashing a book you haven’t read. That it’s okay to give perp-walk treatment to the alleged—and no doubt terrified—maker of the film on legally flimsy and politically motivated grounds of parole violation. That it’s okay for the federal government publicly to call on Google to pull the video clip from YouTube in an attempt to mollify rampaging Islamists. That it’s okay to concede the fundamentalist premise that religious belief ought to be entitled to the highest possible degree of social deference—except when Mormons and sundry Christian rubes are concerned.

And, finally, this: That the most “progressive” administration in recent U.S. history will make no principled defense of free speech to a Muslim world that could stand hearing such a defense. After the debut of “The Book of Mormon” musical, the Church of Jesus Christ of Latter-day Saints responded with this statement: “The production may attempt to entertain audiences for an evening but the Book of Mormon as a volume of scripture will change people’s lives forever by bringing them closer to Christ.”

That was it. The People’s Front for the Liberation of Provo will not be gunning for a theater near you. Is it asking too much of religious and political leaders in Muslim communities to adopt a similar attitude?

It needn’t be. A principled defense of free speech could start by quoting the Quran: “And it has already come down to you in the Book that when you hear the verses of Allah [recited], they are denied [by them] and ridiculed; so do not sit with them until they enter into another conversation.” In this light, the true test of religious conviction is indifference, not susceptibility, to mockery.

The defense could add that a great religion surely cannot be goaded into frenetic mob violence on the slimmest provocation. Yet to watch the images coming out of Benghazi, Cairo, Tunis and Sana’a is to witness some significant portion of a civilization being transformed into Travis Bickle, the character Robert De Niro made unforgettable in Taxi Driver. “You talkin’ to me?”

A defense would also point out that an Islamic world that insists on a measure of religious respect needs also to offer that respect in turn. When Sheikh Yusuf Qaradawi—the closest thing Sunni Islam has to a pope—praises Hitler for exacting “divine punishment” on the Jews, that respect isn’t exactly apparent. Nor has it been especially apparent in the waves of Islamist-instigated pogroms that have swept Egypt’s Coptic community in recent years.

Finally, it need be said that the whole purpose of free speech is to protect unpopular, heretical, vulgar and stupid views. So far, the Obama administration’s approach to free speech is that it’s fine so long as it’s cheap and exacts no political price. This is free speech as pizza.

President Obama came to office promising that he would start a new conversation with the Muslim world, one that lectured less and listened more. After nearly four years of listening, we can now hear more clearly where the U.S. stands in the estimation of that world: equally despised but considerably less feared. Just imagine what four more years of instinctive deference will do.

On the bright side, dear liberals, you’ll still be able to mock Mormons. They tend not to punch back, which is part of what makes so many of them so successful in life. 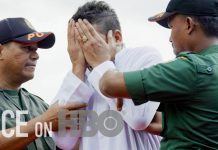 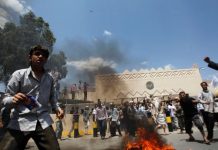