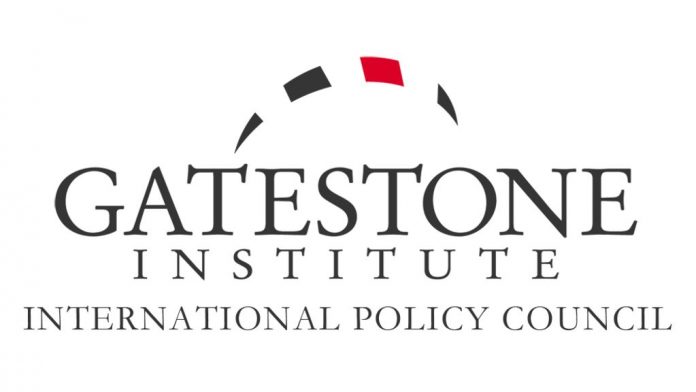 A Brief History of Antifa: Part 1

U.S. President Donald Trump recently announced that the American government would designate Antifa — a militant “anti-fascist” movement — as a terrorist organization due to the violence that erupted at George Floyd protests across the United States.

The Code of Federal Regulations (28 C.F.R. Section 0.85) defines terrorism as “the unlawful use of force and violence against persons or property to intimidate or coerce a government, the civilian population, or any segment thereof, in furtherance of political or social objectives.”

American media outlets sympathetic to Antifa have jumped to its defense. They argue that the group cannot be classified as a terrorist organization because, they claim, it is a vaguely-defined protest movement that lacks a centralized structure.

As the following report shows, Antifa is, in fact, highly networked, well-funded and has a clear ideological agenda: to subvert, often with extreme violence, the American political system, with the ultimate aim of replacing capitalism with communism. In the United States, Antifa’s immediate aim is to remove President Trump from office.

Gatestone Institute has identified Antifa groups in all 50 U.S. states, with the possible exception of West Virginia. Some states, including California, Texas and Washington, appear to have dozens of sub-regional Antifa organizations.

It is difficult precisely to determine the size of the Antifa movement in the United States. The so-called “Anti-Fascists of Reddit,” the “premier anti-fascist community” on the social media platform Reddit, has approximately 60,000 members. The oldest Antifa group in America, the Portland, Oregon-based “Rose City Antifa,” has more than 30,000 Twitter followers and 20,000 Facebook followers, not all of whom are necessarily supporters. “It’s Going Down,” a media platform for anarchists, anti-fascists and autonomous anti-capitalists, has 85,000 Twitter followers and 30,000 Facebook followers.

Germany, which has roughly one-quarter of the population of the United States, is home to 33,000 extreme leftists, of whom 9,000 are believed to be extremely dangerous, according to the domestic intelligence agency (Bundesamt für Verfassungsschutz, BfV). Violent left-wing agitators are predominantly male, between 21 and 24 years of age, usually unemployed, and, according to BfV, 92% still live with their parents. Anecdotal evidence suggests that most Antifa members in the United States have a similar socio-economic profile.

In America, national Antifa groups, including “Torch Antifa Network,” “Refuse Fascism” and “World Can’t Wait” are being financed — often generously, as shown below — by individual donors as well as by large philanthropic organizations, including the Open Society Foundations founded by George Soros.

To evade detection by law enforcement, Antifa groups in the United States often use encrypted social media platforms, such as Signal and Telegram Messenger, to communicate and coordinate their activities, sometimes across state lines. Not surprisingly, the U.S. Department of Justice is currently investigating individuals linked to Antifa as a step to unmasking the broader organization.