During a civil rights conference, Michigan Attorney General Dana Nessel, the first openly gay person elected to statewide office in Michigan, made the following comment ,”I say this, a Drag Queen for every school!”

Craig Mauger of The Detroit News reported this on Twitter:

“Drag queens make everything better. Drag queens are fun,” Michigan Attorney General Dana Nessel says at a civil rights conference in Lansing while speaking out against what she describes as efforts to divide people.

“A drag queen for every school,” she adds.

“Know what’s not a problem for kids who are seeking a good education? Drag Queens. Okay. So let me say this. Drag Queens, not only are they not hurting our kids, Drag Queens make everything better. Drag Queens are fun. Drag Queens are entertainment. Um, and you know what I’ll say that was totally not poll tested. I say this, a Drag Queen for every school! That, that is what would be fine for a kid, and lift them up when they’re having emotional issues.” ~ Dana Nessel, Attorney General, Michigan

In the video: A San Francisco middle school brought a Drag Queen to perform for students. From American The Great 2

In the video: The Gay Straight Alliance (GSA) club in Ankeny, Iowa hosted a drag event as part of the club’s end-of-the-year meeting at the school. From @libsoftiktok 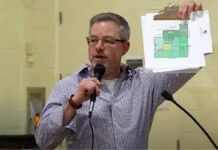