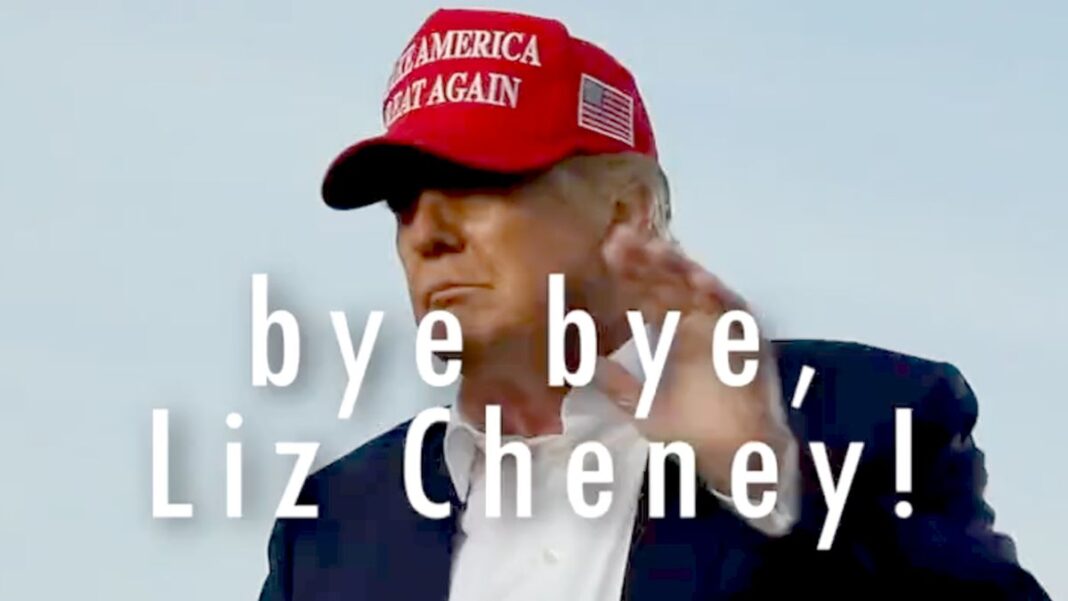 On behalf of genuine Conservatives across America, I want to thank you for accomplishing something that has been nearly impossible for the rest of us in recent decades. By your flagrant treachery and duplicity, you’ve managed to totally unmask the RINO traitors in our midst. They have long been masquerading as “Republicans,” while continually back-stabbing real GOP principles at every critical juncture.

The ruse no longer works! And that is due in large part to the arrogance you flaunted, as you cozied up to the likes of California leftists Adam Schiff and Nancy Pelosi, shamelessly and incessantly proclaiming that you were in league with them to support “the Constitution and the rule of law.” We have noted the issues for which you have so “valiantly” fought. Election corruption and moral/societal rot top the list. The pattern is sadly consistent with those you deem to be allies and adversaries.

It isn’t clear what you expected to accomplish, owing to the fact that anyone with even a shred of common sense could see through your charade. Despite your unfettered sanctimony, it was all as transparent as cellophane. And regardless of your intentions, the net result was a major awakening of those Americans and Wyomingites who in the past have reflexively trusted the Republican Party as ostensibly standing for something more noble and worthy than the leftists/Globalists.

Admittedly, in former years Real America lost much ground to you and your cohorts of the “Swamp” (“Sewer” might be a more fitting term). And it’s obvious that your side has neither the sense of conscience, nor any concern for the country, to give up your evil agenda without an aggressive fight. But the stakes are too high, and the consequences of acquiescence from our side are now too grave, for us to ever again back down or attempt to turn a blind eye to the nature of the conflict.

The actual repercussions of your treachery are already being manifested across America, and particularly in the Great State of Wyoming, where you attempted to springboard your personal ambitions by pretending to be a “conservative” or, as your father bogusly claimed back when it seemed expedient to do so, “the Tea Party candidate.” Owing to the despicable manner in which you went so easily and so completely over to the “dark side,” Wyomingites finally started looking into the nature of the State’s Republican Party “machine” which enabled you, and how disingenuously it had been operating.

It is now understandable why, with veto-proof “majorities” in both Houses of the State Legislature, it was difficult to ever get any truly Conservative measure passed. Decent bills that guarded personal freedom and promoted Constitutional principles for the betterment of life in the Cowboy Sate were always somehow “shelved” and forgotten. And as America was dragged down into the nightmare of socialism and its abolition of freedom and justice, Wyoming followed only a few steps behind. Well that is about to change in a big way!

The Wyoming Republican Party is now in the hands of principled leaders who do not instantly roll over for the self-serving big monied interests that had controlled and manipulated it for their own ends (and yours) in the past. A major movement of Grassroots Conservatives is on the brink of taking over the Wyoming Legislature and gaining the ability for it to genuinely legislate according to real Republican values. If this effort is successful, it will be the first time in many years that the people will be actually represented by their governing bodies.

Of course it is assured that your side has no intention of surrendering without a fight, which will be rife with the dirty tricks for which the RINO “Establishment” has become famous. Wyoming has already seen plenty of that in recent years, with the founding of the sham GOP alternative organization known as “Frontier Republicans.” Much like their national level sister group, the “Lincoln Project,” these leftist “Frontier Republicans” proved that they were 100% vested in exploiting government, and their connections in it, for totally selfish motives. And when real conservatives ran against them, they showed their true colors.

Similarly, the infestation of phony “Republicans” is still working to advance itself through lies and dirty tricks, even after last August’s Wyoming Primary Election, in which the people resoundingly expressed their sentiments towards you and others who had betrayed their trust. In several key races, post primary challenges suddenly and “mysteriously” materialized from so-called “Independent” candidates. Of course the recruits, some of whom are lifelong Democrats and hard-core leftists, only pretend to be “Independents.” And why not? For years, the former Establishment machine succeeded while pretending to be “Republican.”

You can look for a new focus on issues of genuine importance to Wyoming citizens, such as the onslaught of despotic and abhorrent “lockdown” measures, which were all about control and never about public “health and safety.” Along with those, expect a new emphasis on parental rights in the education of their children, the right to life of the unborn, and the protection of young women against an onslaught of boys in girls sports, their locker rooms, and their restrooms. Admittedly, there is no money for the big players in any of this. Only a return to decency and sanity in public institutions.

You can now go on to a “long” and fruitless career as a talking head on some leftie network with it’s handful of viewers. They appreciate being able to create a leftist echo chamber, particularly when a RINO gives them wiggle-room to claim it is “bipartisan.”

I’ve said many times that President Trump’s single greatest achievement, far above all others, has been to expose the RINO traitors in our midst. Again, I want to thank you for your invaluable efforts that did so much to help him make this case.