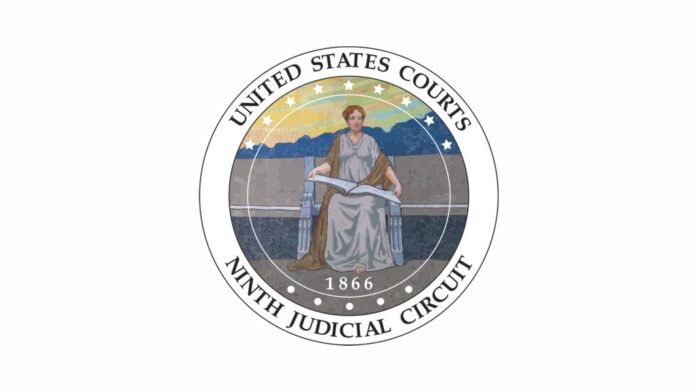 The en banc court affirmed the district court’s dismissal of an action challenging Hawaii’s firearm licensing law, Hawai‘i Revised Statutes § 134-9(a), which requires that residents seeking a license to openly carry a firearm in public must demonstrate “the urgency or the need” to carry a firearm, must be of good moral character, and must be “engaged in the protection of life and property.”

Appellant George Young applied for a firearm-carry license twice in 2011, but failed to identify “the urgency or the need” to openly carry a firearm in public. Instead, Young relied upon his general desire to carry a firearm for self defense. Both of Young’s applications were denied. Young brought a challenge to Hawai‘i’s firearm-licensing law under the Second Amendment and the Due Process Clause of the Fourteenth Amendment. The district court upheld Hawai‘i’s statute.

The en banc court first held that the scope of its review would be limited to Young’s facial challenge to HRS § 134-9. There was no need to determine whether Hawai‘i County properly applied § 134-9, because Young did not bring an as applied challenge.

The en banc court noted that this Court has previously held that individuals do not have a Second Amendment right to carry concealed weapons in public. Peruta v. County of San Diego, 824 F.3d 919 (9th Cir. 2016) (en banc). The question presented in this case, accordingly, was limited to whether individuals have a right to carry weapons openly in public. To answer that question, and consistent with the Supreme Court’s decisions in District of Columbia v. Heller, 554 U.S. 570 (2008), and McDonald v. City of Chicago, 561 U.S. 742 (2010), the en banc court first considered whether Hawai‘i’s law affects conduct protected by the Second Amendment.

After careful review of the history of early English and American regulation of carrying arms openly in the public square, the en banc court concluded that Hawai‘i’s restrictions on the open carrying of firearms reflect longstanding prohibitions, and therefore, the conduct they regulate is outside the historical scope of the Second Amendment. The en banc court held that the Second Amendment does not guarantee an unfettered, general right to openly carry arms in public for individual self-defense. Accordingly, Hawai‘i’s firearms-carry scheme is lawful.

The en banc court rejected Young’s argument that HRS § 134-9 is invalid as a prior restraint because it vests chiefs of police with unbridled discretion to determine whether a permit is issued. Joining its sister circuits, the en banc court held that the prior restraint doctrine does not apply to Second Amendment challenges to firearm-licensing laws.

The en banc court also rejected, as premature, Young’s due process argument that HRS § 134-9 does not provide adequate process to challenge the denial of a carry-permit application. The en banc court noted that Young did not seek review under HRS § 91-9 before bringing suit. So, Hawai‘i has not yet denied him the opportunity for appellate review. Because Young has not actually been denied a hearing, his procedural due process claim was speculative, and there was no need to reach it.

Dissenting, Judge O’Scannlain, joined by Judges Callahan, Ikuta, and R. Nelson, would hold that both HRS § 134-9 and the 1997 County regulation destroy the core right to carry a gun for self-defense outside the home and are unconstitutional under any level of scrutiny. Judge O’Scannlain stated that the majority holds that while the Second Amendment may guarantee the right to keep a firearm for self-defense within one’s home, it provides no right whatsoever to bear—i.e., to carry—that same firearm for self-defense in any other place. In his view, the majority’s decision undermines not only the Constitution’s text, but also half a millennium of Anglo-American legal history, the Supreme Court’s decisions in District of Columbia v. Heller, 554 U.S. 570 (2008), and McDonald v. City of Chicago, 561 U.S. 742 (2010), and the foundational principles of American popular sovereignty itself.

Dissenting, Judge R. Nelson, joined by Judges Callahan and Ikuta, concurred with Judge O’Scannlain’s dissent concluding that Hawaii Revised Statute 134-9 violates the Second Amendment. Judge R. Nelson wrote that the majority erred not only in holding the statute facially constitutional, but also in rejecting Young’s as-applied challenge. He also wrote separately to highlight the brazenly unconstitutional County of Hawaii Regulations applying HRS § 134-9, stating that there should be no dispute that any law or regulation that restricts gun ownership only to security guards violates the Second Amendment.

(b)  The chief of police of each county shall adopt procedures to require that any person granted a license to carry a concealed weapon on the person shall:

(1)  Be qualified to use the firearm in a safe manner;

(2)  Appear to be a suitable person to be so licensed;

(3)  Not be prohibited under section 134-7 from the ownership or possession of a firearm; and

(4)  Not have been adjudged insane or not appear to be mentally deranged.

(c)  No person shall carry concealed or unconcealed on the person a pistol or revolver without being licensed to do so under this section or in compliance with sections 134-5(c) or 134-25.

Applicants for an unconcealed-carry license must demonstrate a need to carry a firearm for protection that substantially exceeds the need possessed by ordinary law-abiding citizens.  Att. Gen. Op. 18-1.

By its plain text, the legislative history, and applicable case law, this section does not limit unconcealed-carry licenses to private security officers and other individuals whose jobs entail the protection of life and property, but instead authorizes the issuance of those licenses to any qualified individual who demonstrates a sufficient “urgency” or “need” to carry a firearm and is “engaged in the protection of life and property”.  Att. Gen. Op. 18-1.

Appellate court held that this section’s limitation on the open carry of firearms only to those “engaged in the protection of life and property” violated the Second Amendment right to keep and bear arms and, therefore, was void; under this section, the typical, law-abiding citizen in the State was entirely foreclosed from exercising the core Second Amendment right to bear arms for self-defense.  896 F.3d 1044 (2018).

Where plaintiff asserted that §§134-6 and 134-9 violated rights guaranteed by Article I and the Second, Fifth, Ninth, and Fourteenth Amendments of the U.S. Constitution, defendants’ motions to dismiss plaintiff’s complaint granted; among other things, plaintiff did not have standing to challenge this chapter on the basis of an alleged deprivation of Second Amendment or Ninth Amendment rights, this chapter is not an impermissible bill of attainder with respect to plaintiff, and this chapter imposes no impairment of a contractual right possessed by plaintiff.  548 F. Supp. 2d 1151.