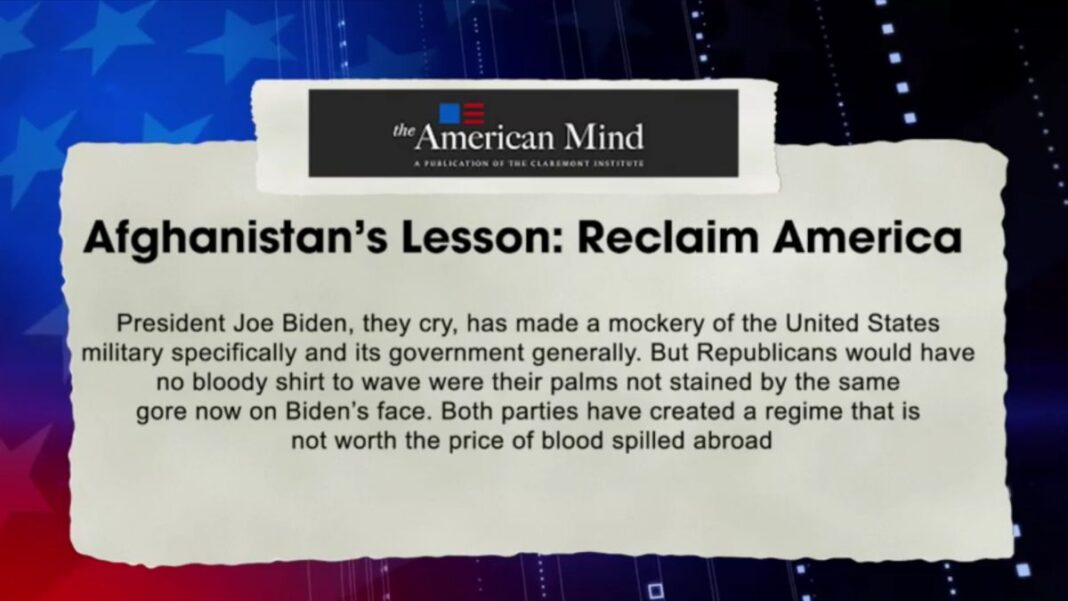 Our corrupt elites have stolen the valor of American heroes. Time to take it back.

On the day suicide bombers killed 13 U.S. troops in Afghanistan, 18 American veterans died by suicide. On average, suicide claims the lives of that many veterans every day in the United States. If we count together veterans, active-duty troops, guardsmen, and reservists, that number jumps to roughly 20 a day. Our regime, in other words, is responsible for more deaths of more service members than any jihadist attack on American soil.

Is the United States worth dying for? The short answer is no; the long answer is yes. But if you ask Republicans who have shed the populist put-on and reverted to marching beneath the flag of neoconservatism, the answer is always and only yes. Side with them, they say, to save America because President Joe Biden, they cry, has made a mockery of the United States military specifically and its government generally. But Republicans would have no bloody shirt to wave were their palms not stained by the same gore now on Biden’s face. Both parties have created a regime that is not worth the price of blood spilled abroad.

Though they are out of power, for now, it was Republicans who drew us into these wars and refused to get us out of them. They turned September 11 into a cheap catchphrase but attempted to filibuster the James Zadroga 9/11 Health and Compensation Act. Named after the first New York Police Department officer to die of toxic chemical exposure at Ground Zero, the bill granted $4.3 billion for treatment services and medical benefits for first responders and survivors of 9/11. Republicans, then into the first decade of what would be a $2,000,000,000,000 war, whined about the Zadroga Act’s cost. Democrats, of course, politicized the funding—but the GOP lost the basis for any principled opposition to “Big Government” spending when it signed Americans on to interminable foreign wars marked by corruption and waste. 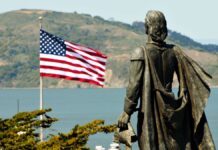