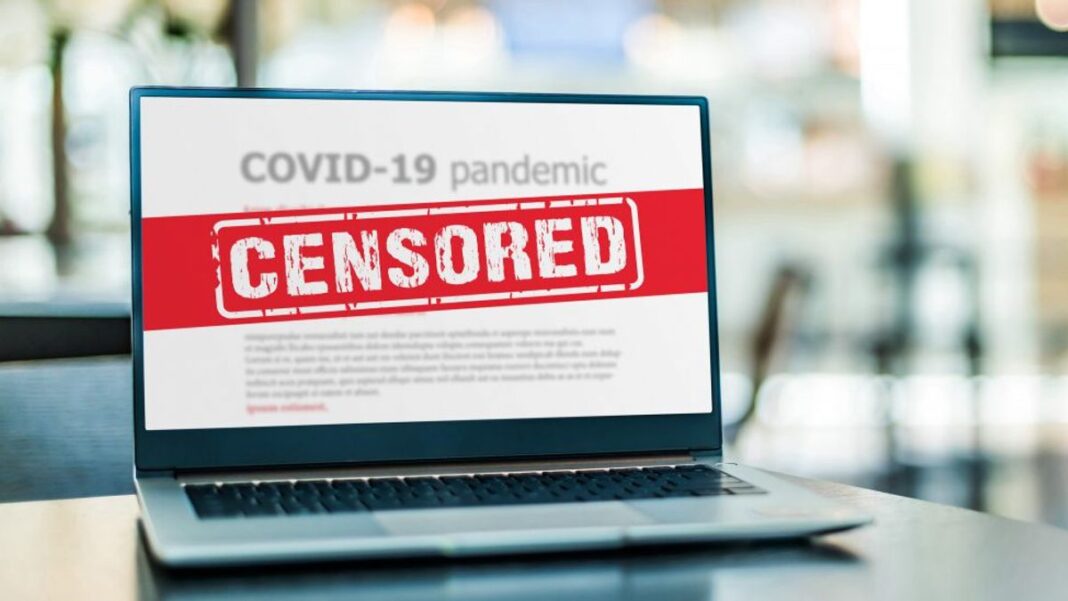 WASHINGTON, D.C. – Today, America First Legal (AFL) released shocking documents it obtained from the Centers for Disease Control and Prevention (CDC) revealing concrete evidence of collusion between the CDC and social media companies to censor free speech and promote Biden Administration propaganda. These documents are only the latest examples of this Administration’s blatant disregard for the U.S. Constitution and the rule of law.

Last July, then-White House Press Secretary Jen Psaki admitted that the White House was working with social media companies to identify “misinformation.” Specifically, she said, “we’re regularly making sure social media platforms are aware of the latest narratives, dangerous to public health that we and many other Americans are seeing across all of social and traditional media. And we work to engage with them to better understand the enforcement of social media platform policies.”

AFL immediately submitted FOIA requests to the Department of Health and Human Services, the CDC, the Food and Drug Administration, and the National Institutes of Health to uncover the degree to which the CDC and the White House have been censoring content that it has deemed “disinformation” or “misinformation.” Predictably, the Biden Administration obstructed and delayed complying with their legal obligation to provide such information, and AFL sued the CDC to compel their release.

Today, after a year of work, AFL has obtained its first damning release of documents. This is just the tip of the iceberg. In addition to the CDC working with the Census Bureau to “leverage their infrastructure to identify and monitor social media for vaccine misinformation,” the 286 page production reveals shocking information, a sampling of which is below:

Regular BOLO (Be On the LookOut) meetings where CDC would share what they categorized as “misinformation” with various social media companies, including Twitter and Facebook, and provide slide decks, requesting “Please do not share outside your trust and safety teams.” (pp. 5, 28, 36-52)

• CDC sends Twitter officials a chart of tweets it deemed to be “misinformation” (p. 7)

• Regular BOLO (Be On the LookOut) meetings where CDC would share what they categorized as “misinformation” with various social media companies, including Twitter and Facebook, and provide slide decks, requesting “Please do not share outside your trust and safety teams.” (pp. 5, 28, 36-52)

• Express requests from Twitter to the CDC for help in identifying “misinformation” (p. 93).

• Twitter stating that coordination with CDC over vaccine misinformation was  “tricky” because the Twitter CEO was testifying before Congress that week (p. 99).

• $15 Million dollars worth of Facebook ad credits as “non-monetary gift” to HHS and CDC on vaccines, social distancing, travel, and priority communication messages–potentially in violation of the Antideficiency Act’s limitation on voluntary services (31 U.S.C. § 1342) (pp. 104, 116-119)

Later in the letter it states:

• CDC requests to help ensure “verifiable information sources” are not blocked because State Department of Health posts were being blocked as vaccine misinformation. (pp. 101-102).

• Feeding CDC with Facebook-sponsored research on the COVID-Vaccine (pp. 120-205)

• CDC coordination with Google regarding vaccine “misinformation,” including a “Question Hub thing” the CDC and Google were collaborating on (p. 283)

• CDC sought coordination with Google regarding WHO infodemiology conference in connection with CDC’s creation of the “discipline of infodemiology” to “target” the general public and “push back against the misinformation.” (p. 282)

• Google’s News and Information Credibility Lead, News Lab asked CDC to keep Google posted about anything infodemiology-related, and that employee’s focus at the time was “primarily on election but the two are inevitably related.” (p. 283)

The records AFL finally received from the CDC reveal the extent to which the Biden Administration is willing to engage in unconstitutional and otherwise unlawful activities in total disregard for the rights of American citizens. AFL continues to file crucial oversight requests with the Biden Administration to reveal to the American people the actions this Administration is taking on a daily basis which undermine the rule of law and the liberties of American citizens. AFL has made clear that any corrupt government agency that attempts to conceal records should be prepared to face legal action.

“These explosive smoking-gun documents, obtained as a result of America First Legal’s litigation against the Biden Administration, conclusively demonstrate that Big Tech has unlawfully colluded with the federal government to silence, censor, and suppress Americans’ free speech and violate their First Amendment rights. Government is expressly prohibited from censoring competing or dissenting viewpoints or from silencing its political opponents whether it does so directly or whether it uses an outside corporation to achieve its draconian, totalitarian ends. AFL will not rest in the fight against illegal collusion between Big Tech and Big Government to trample on your voices and the Bill of Rights,” Stephen Miller said.

Follow us on social media to get the latest updates on all the battles America First Legal undertakes to protect your constitutional rights!

CDC sends Twitter officials a chart of tweets it deemed to be”misinformation” pic.twitter.com/W15Sz4XQMA