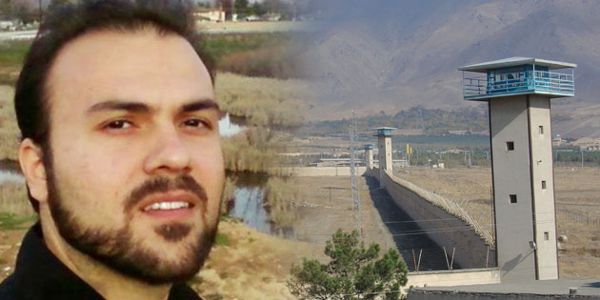 American Pastor Saeed Abedini is currently serving an 8-year prison sentence in Iran simply because of his Christian faith. A naturalized U.S. citizen, Pastor Saeed traveled to Iran in 2012 to build an orphanage.  While in Iran, the Revolutionary Guard wrongfully imprisoned him and has continued to hold him in some of Iran’s deadliest prisons.  The following is a timeline of the events surrounding his arrest, conviction, his years of torment in prison, and the international efforts by the ACLJ and others demanding his release.

2009 – Pastor Saeed returned to Iran with Naghmeh and their children and made an agreement with authorities, after being arrested in the airport in July, to cease all house church activities, in exchange for being able to come and go freely from Iran.  The Iranian government encouraged Pastor Saeed’s humanitarian efforts, including building an orphanage. He returned to the United States in late September 2009.
March 11, 2010 – Pastor Saeed became a naturalized U.S. citizen through marriage.
2009 – 2012 – Pastor Saeed safely traveled to and from Iran 8 times, sometimes even with his family, to work on an orphanage outside of Rasht, Iran.  In early 2010, Pastor Saeed began the process with Iranian authorities for approval to build the non-sectarian orphanage. In January 2012, Naghmeh and their children were in Iran with Pastor Saeed to work on the orphanage.
July 1, 2012 – Pastor Saeed went to Iran to approve the final board member for the orphanage (9th trip).
July 28, 2012 – Iran’s Revolutionary Guard took Pastor Saeed off a bus on the border of Turkey and Iran, days before he was set to leave Iran to return to the U.S.  They confiscated his passport.  Pastor Saeed was interrogated and placed on house arrest at his parents’ home in Tehran.
July 30, 2012 – Naghmeh Abedini contacted the ACLJ’s legal team.
August 4, 2012 – Naghmeh Abedini retained the ACLJ as legal counsel.
September 26, 2012 – Pastor Saeed is taken and thrown in Evin prison after 5 Revolutionary Guards raided the family home in Tehran.  His whereabouts were unknown for the first 4 days.  He was placed in solitary confinement for 4 weeks.
October 22, 2012 – Pastor Saeed was allowed to make a call from Evin.  He confirmed he was still in solitary confinement.
Early November 2012 – Pastor Saeed was moved from solitary confinement to Ward 209 in Evin prison.  Family visited Pastor Saeed for the first time, and he told them he had been beaten.
December 12, 2012 – Pastor Saeed’s family retains Naser Sarbazi as his attorney in Iran.
December 17, 2012 – Mr. Sarbazi went to the court and requested access to Pastor Saeed and the prosecutor’s file against Pastor Saeed. The court denied both requests.
December 18, 2012 – The court officially rejected the bail offer, despite the fact that the proffered documents were sufficient according to Iranian law.  Pastor Saeed continued to complain of violence towards him by his cellmates.
December 19, 2012 – The ACLJ announced that it is representing Naghmeh Abedini, Pastor Saeed’s wife.