As he waited for a food delivery at his home in Los Angeles on April 8, Ryan Wentz, an anti-war activist and producer for the online viral program Soapbox, heard two men calling his name from over his front gate. When he approached, he realized they were not delivery drivers, but police officers flashing badges of the California Highway Patrol.

The cops informed Wentz that they had received a call from the Capitol Police, the federal law enforcement agency tasked with protecting the US Congress, about a tweet he had sent that allegedly threatened Rep. Alexandria Ocasio-Cortez.

Wentz told The Grayzone, “The officers said, ‘We got a warning about a sitting member of Congress. And it was because of your tweet, which tagged them in it.’ And then they just wouldn’t back down from this accusation that I threatened to kill her.”

“I’m really shaken up right now. I was just visited by two plainclothes police officers from California Highway Patrol at my home. They said they came here on behalf of the Capitol Police and accused me of threatening @AOC on Twitter yesterday. This is provably false.”

I assume this is the tweet they are talking about, where I lightly criticized @AOC for a disappointing answer in response to a question about Palestine/Israel.

On April 1, @AOC did a livestream with Michael Miller, the head of the Jewish Community Relations Council of New York. She was asked about “peace between Israelis and Palestinians.” Her response was incredibly underwhelming, to say the very least:

(2/X) I assume this is the tweet they are talking about, where I lightly criticized @AOC for a disappointing answer in response to a question about Palestine/Israel. https://t.co/vNfGcctgsR

The California Highway Patrol indicated on Twitter that it had acted on a call from Capitol Police. 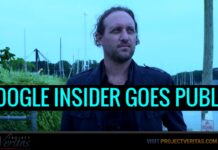 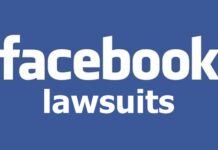