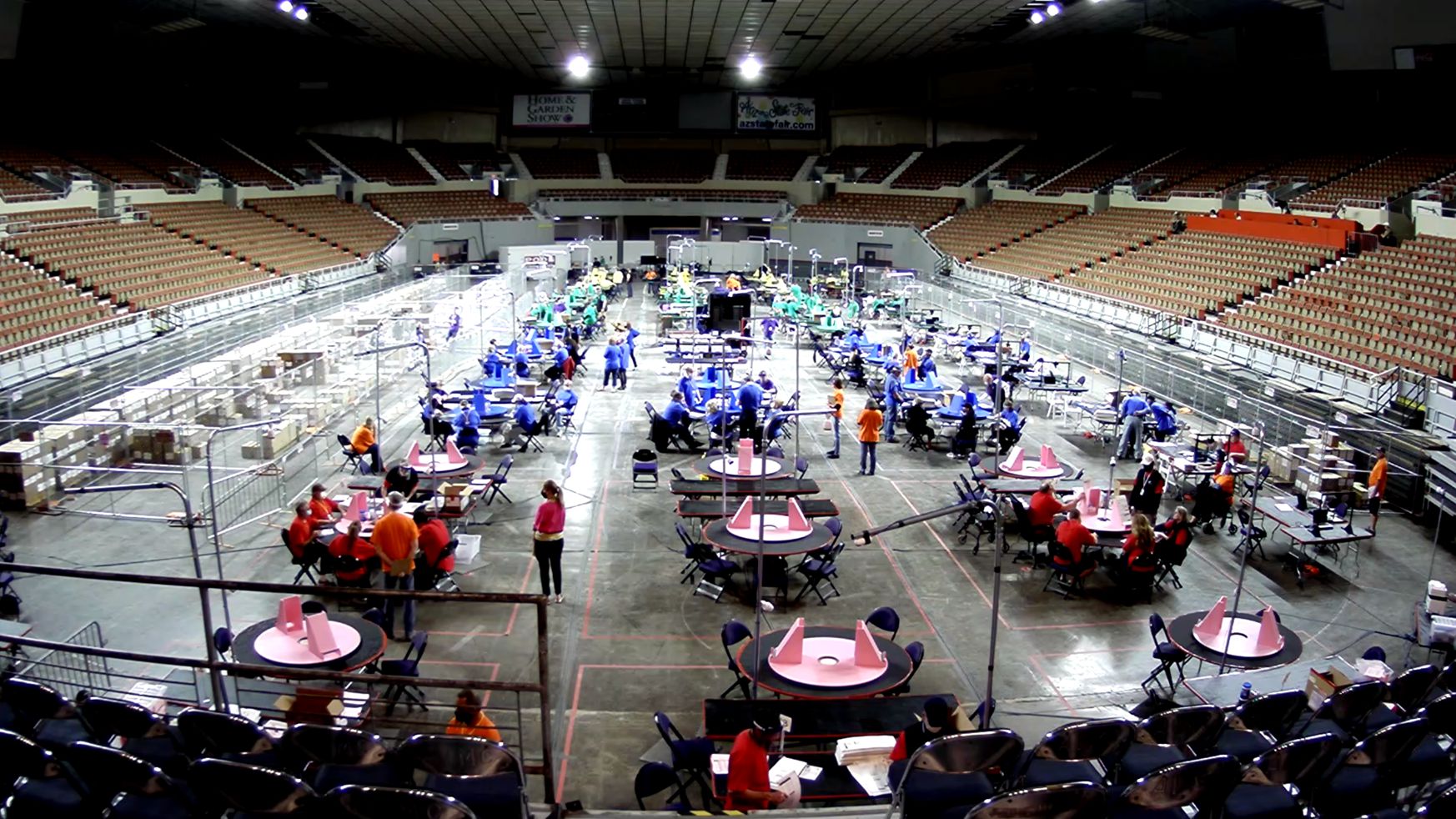 Auditors in Arizona expect to soon finish their hand recount of the nearly 2.1 million ballots cast in Maricopa County in the 2020 presidential election.

“I think the counting will be done by the end of this week,” former Arizona Secretary of State Ken Bennett, a Republican, told reporters on June 8 at the Veterans Memorial Coliseum in Phoenix, where the audit is taking place.

The audit teams are shifting resources to ballot evaluation work, which includes “related to whether the ballot was authentic ,” Bennett added to The Epoch Times.

“So there’s pictures of the ballots, we should find folds in the ones that were mailed in, which is the vast majority, I think 92 percent of them work by mail, so folds in the ballots for those that were sent by mail, there’s going to be a few at early voting locations that might be folded differently or not have holes in them. One of the microscopic cameras is looking for alignment marks and other things that are supposed to be aligned as far as the front and back of the ballot on an authentic ballot. Looking at the depression made in the oval when a handwritten writing instrument is used to fill out that oval as opposed to an inkjet or a Xerox machine making those marks, which obviously don’t want that happening,” he said.

The ballot evaluation will take most of the rest of the month, according to Bennett, who is the Arizona Senate’s liaison for the audit.

Randy Pullen, a former chairman of the Arizona Republican Party who is also serving as a spokesman for the audit, told reporters earlier on June 8 that 1.6 million of the nearly 2.1 million ballots cast in Maricopa County in last year’s election had been counted.