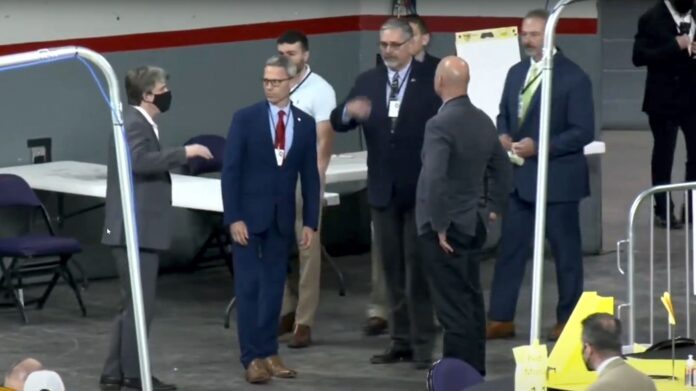 Republican Sen. Doug Mastriano said Tuesday that he believes Pennsylvania could have an audit of the 2020 presidential election by July, if the proposal receives appropriate backing.

“If we had the support with the majority of the members in any committee we do this from, and from the body [Senate] itself, probably July, we could see it,” Mastriano said during an appearance on Real America’s Voice’s “Just The Truth.”

Days earlier, a delegation from Pennsylvania including Mastriano visited an election review taking place in Arizona’s largest county. The Maricopa County audit has been taking place since April 23.

Mastriano, who was joined by Republican Sen. Cris Dush and Republican Rep. Rob Kauffman, told a pool reporter at the time that he backs a state audit such as the one being executed in Arizona.

“I’m not about overturning anything. I’m just trying to find out what went right, what went wrong, and how do we have better elections in the future?” he said.

That’s the same reasoning Arizona senators have put forth when explaining why they ordered the Maricopa County audit.

Mastriano said a state Senate committee could use its subpoena powers to issue a letter to a county or several counties stating its intention to audit votes from the 2020 presidential election.

The Republican senator didn’t elaborate on whether he believes legislative leaders in the state will back an audit.

Mastriano said last week that one poll showed roughly 40 percent of voters in Pennsylvania have concerns about the integrity of the election.

“For the sake of our … constitutional republic, and for the sake of people’s peace of mind, let’s just do it. Let’s pick a few counties and put people’s minds at rest,” he said. 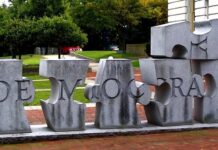 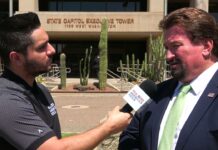