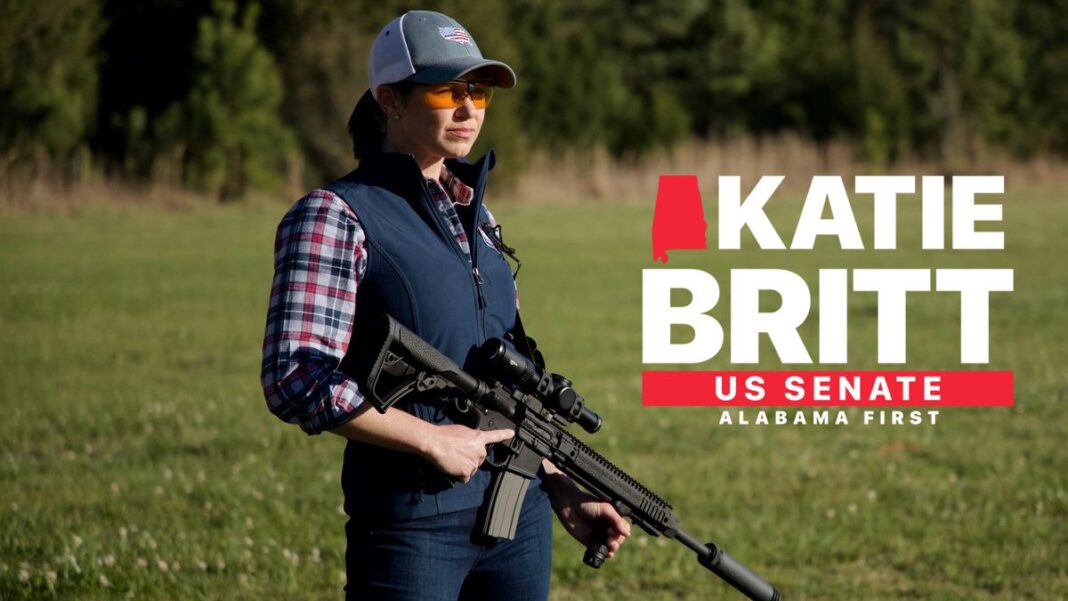 As the next Senator for Alabama, I will be a champion for preserving and strengthening our God-given Second Amendment rights. For me, supporting the Second Amendment isn’t about politics: it’s about principles. Those who want to disarm Americans want to control Americans and push us towards socialism, and as your Senator, I will never let this happen.

Our Founders included the Second Amendment in the Bill of Rights because they recognized it is a God-given, unalienable right that needed to be secured by the government—not createdby the government. As James Madison wrote in Federalist No. 46, America’s advantage over almost every other nation is that Americans are armed, “form[ing] a barrier against the enterprises of ambition, more insurmountable than any which a simple government of any form can admit of.”

Alabamians are proud to exercise our Second Amendment rights for hunting and self-defense — but that is not the purpose of the Second Amendment. The Second Amendment exists to protect citizens from tyranny. Armed citizens are empowered citizens. This is why liberals want to disarm populations to take control— without firearms, Americans can be pushed towards anything.

The Second Amendment is also a critical component of defending ourselves, our families and our communities. As Sam Colt said, “God created men equal. Colonel Colt made them equal.” As crime skyrockets across the country thanks to dangerous liberal policies and anti-law enforcement rhetoric, it is more important than ever that law-abiding citizens exercise our Second Amendment rights.

In the Senate, I intend to earn an A+ from Gun Owners of America, and I will support the following policies on my first day in office:

What liberals can’t do through the legislature they try to do through the bureaucracy by threatening banks and credit card companies for doing business with gun manufacturers. President Obama pushed this agenda through Operation Choke Point in an attempt to disarm Americans. My legislation will prohibit any government bureaucracy from targeting a lawful firearm manufacturer or seller.

Alabamians who carry guns shouldn’t be forced to leave ourself-defense at home when we cross state lines. Gun grabbers who want to disarm the population take advantage of liberal state laws to arrest conservatives who are crossing state lines while unaware of a state’s regulations. I will sponsor legislation to make concealed carry the law of the land.

Gun grabbers use so-called “red flag laws” as a gateway to push their disarming agenda. In reality, a “red flag law” is an abridgment of the Second Amendment and can be abused to take away the right to self-defense with no due process. I will introduce a bill to ensure that no state that implements an unlawful and unconstitutional red flag law can be entitled to federal dollars.

The National Firearms Act contains a $200 tax on rare guns, but the Biden Administration wants to expand this tax to commonly-held sporting rifles like the AR-15 and standard-capacity magazines. I will introduce legislation to end this tax entirely,because we can’t trust bureaucrats who want to disarm the population to decide which of our guns are subject to a punishing tax.

In the Senate, I will write an amicus brief in support of New York State Rifle and Pistol Association in its case before the Supreme Court against New York’s unlawful restrictions on the Second Amendment. New York State, led by gun grabbers who want to disarm the population, requires citizens to “show good cause” before getting a license to carry a handgun anywhere. This is unconstitutional on its face; we don’t need to “show good cause” before exercising our First Amendment rights, and our Second Amendment rights are no less important. The Supreme Court should strike down New York’s law.

Katie Britt is a Christian conservative Republican candidate to serve as the next U.S. Senator for Alabama. An Enterprise native, Katie resides in Montgomery with her husband, Wesley, and their two children, Bennett and Ridgeway.