The announcement came a day after Pompeo declared the CCP’s repression of Uyghur Muslims in the Xinjiang region a “genocide.”

The Chinese regime sanctioned 28 people on January 20, 2021. A foreign ministry spokesperson accused them of “seriously violated China’s sovereignty,” adding that they were “responsible” for “a series of crazy moves” which “seriously disrupted China-U.S. relations.”

Those sanctioned and their immediate family members are barred from entering mainland China, Hong Kong, and Macau, according to the spokesperson. The individuals and “companies and institutions associated” with them will also be restricted from doing business with China, the statement added.

The former U.S. officials sanctioned were involved in the Trump administration’s response to threats posed by the CCP. These include sanctions on CCP officials for rights abuses in Xinjiang and Hong Kong, banning U.S. investments into Chinese companies with ties to the military, and convincing allies to block Chinese telecom giant Huawei from 5G networks around the world over national security threats. 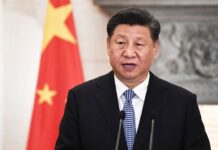 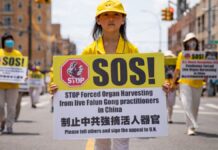