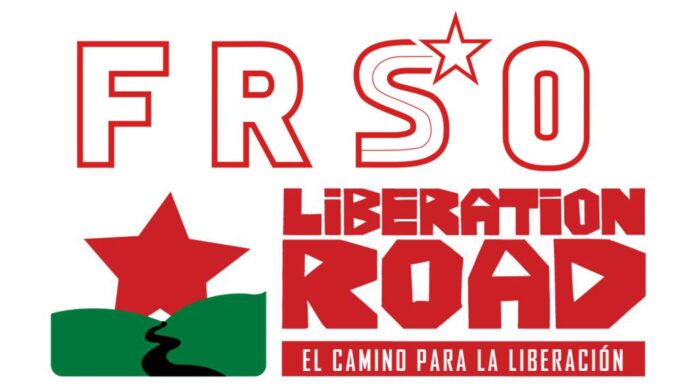 These groups openly state their desire to destroy the Trump presidency and bring down the Republican Party, and the current protests and rioting should be viewed in that context. This isn’t about justice for George Floyd—this is about revolution.

Freedom Road Socialist Organization (FRSO) was founded in 1985 as an alliance of the remnants of the 1960s and ’70s Maoist revolutionary movements—Students for a Democratic Society (SDS), the Weathermen, Revolutionary Communist Party, League of Revolutionary Struggle, Communist Party USA (Marxist-Leninist), Communist Workers Party, and other groups.

As with most Maoist groups, FRSO heavily focuses on racial issues and organizing minority groups (blacks, Latinos, Asians, Native Hawaiians, and Native Americans, and so on) for both electoral and revolutionary change.

In 1999, the FRSO split into competing organizations—but confusingly both kept the same name.

The smaller FRSO-FightBack! (FRSO-FB) (named after its newspaper FightBack!) is based in the Midwest. It’s strong in Chicago, Minneapolis, and several parts of Wisconsin; it also has a presence in New York, California, Florida, and Texas, as well as Salt Lake City and Tucson, Arizona. FRSO-FB works closely with the Workers World Party, several leftist Islamic groups, and sometimes the Democratic Socialists of America.

FRSO-FB openly supports China and North Korea and has ties to the State Department-designated terrorist groups the Popular Front for the Liberation of Palestine and the Communist Party of the Philippines/New People’s Army. FRSO-FB has sent at least four delegations to Venezuela in [he last year alone.

In September 2010, the FBI raided the homes of 23 FRSO-FB members and supporters in Minnesota, Illinois, and California looking for evidence of “material support for terrorism,” according to The Washington Post.

What is the Freedom Road Socialist Organization?

This information is directly from the Freedom Road Socialist Organization Website

Freedom Road Socialist Organization (FRSO) is a national organization of revolutionaries fighting for socialism in the United States. Our home is in the working class.

FRSO members are rooted in the mass movements for justice, particularly in the labor movement and the movements of oppressed nations and nationalities– especially African-Americans and Chicanos. They are also active in the immigrant rights, anti-war, student and youth movements.

They are organizing the united front against monopoly capitalism — with the strategic alliance of the multinational working class and oppressed nationality movements at its core. This is our general strategy for revolution in the U.S.

FRSO is recruiting and building towards the creation of a new Communist Party based on Marxism-Leninism. This is necessary to lead the way to socialism and liberation. Their newspaper Fight Back! is popular at protests, read by union workers and community activists, and can also be found at www.FightBackNews.org

This information is directly from the Liberation Road Website

Liberation Road are revolutionary socialists in the U.S. dedicated to fighting for a social system where social wealth is not in the hands of a few billionaires, but is controlled by the people. They have a 32-year history of building a revolutionary people’s movement in the U.S. and you’ll want to get to know us by reading about their history. Find out who Liberation Road is.

To get to know our main analysis of the current political moment and the basis of our decisions on strategy, tactics and alliances, we encourage you to check out two documents:

This document provides our National Executive Committee’s (NEC) national-level analysis of who the friends and enemies of the people are at this moment in time in the US. It’s purpose is to provide a shared understanding and basis for political action as well as to provide clear tools for comrades to make analyses of the balance of forces in their state and local areas at the district level.

Using the framework of the united front, we identify the New Confederacy—composed of the most reactionary faction of capital and middle strata, rightwing racists, united in the Republican Party—as the main enemy. We use this term to emphasize the fact that the Right in this country is rooted in a racist program and strategy, and that the bases of its power lie at the state level, particularly in the South. It is our view that the New Confederacy is both the main enemy and the dominant force shaping the US political, though its dominance is being increasingly challenged. In response to the power of the New Confederacy, in this document we call for the construction of a broad united front—a Third Reconstruction—as a protracted strategy to defeat the New Confederacy.

The general tactics for building and employing this front are:
a. develop the progressive forces
b. win over the middle forces
c. combat the diehards, and
d. defeat enemy forces one by one

Read more about the New Confederacy and why we use this term.