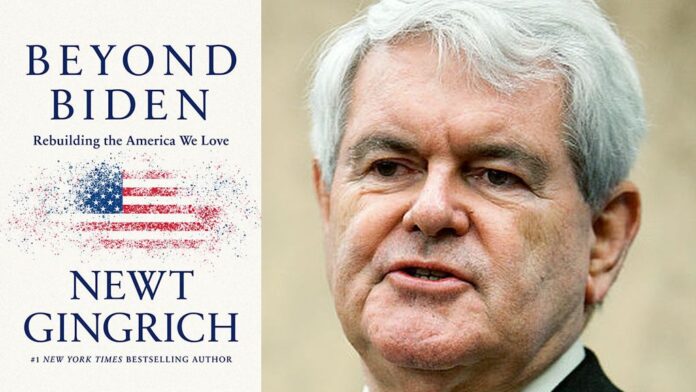 Bestselling author Newt Gingrich exposes the anti-American forces that have grown so large and so aggressive in their quest for power.

The struggle between the defenders of America as an exceptional nation and the forces of anti-Americanism is reaching a fever pitch. These forces have grown so large, so well-financed, so entrenched and aggressive that they must be studied closely and understood completely if America is to survive this imminent civil war.

In Beyond Biden, bestselling author Newt Gingrich brings together the various strands of the movement seeking to destroy true, historic American values and replace this country with one that’s imposed on us by the combined power of government and social acceptance.

Newt Gingrich is a former Speaker of the U.S. House of Representatives and 2012 presidential candidate. He is Chairman of Gingrich 360, a multimedia production and consulting company based in Arlington, Virginia. He is also a Fox News contributor and author of 41 books, including New York Times best sellers, Understanding Trump, Trump’s America, Trump vs. China, and Trump and the American Future. He lives in McLean, Virginia, with his wife Callista L. Gingrich, former U.S. Ambassador to the Holy See.