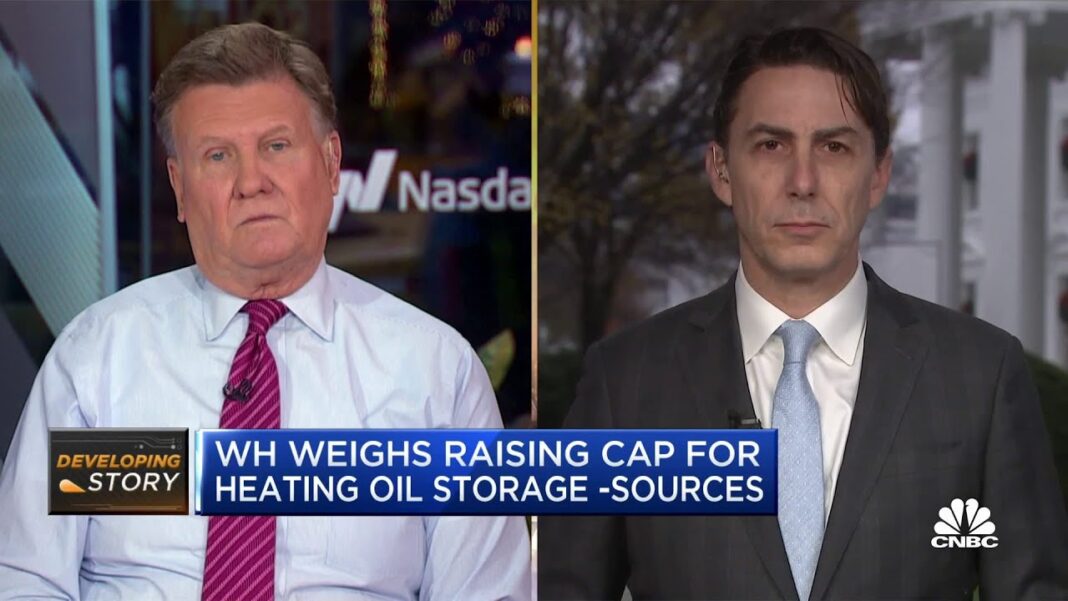 The Biden administration has claimed it drained the heavily depleted U.S. Strategic Petroleum Reserve (SPR) in order to save the “global economy.”

The White House’s International Energy Affairs adviser, Amos Hochstein, told CNBC “Squawk Box” host Joe Kernen on Dec. 5: “I had conversations—as did others, my colleagues—with CEOs and other senior executives in the oil industry in the United States … We were told it will take us time to increase production, it would take us six months, seven months to increase production and bring that to market.

“They thought that would be by the end of the year,” he said.

President Joe Biden authorized the release of up to 180 million barrels of oil from the SPR in March to lower surging gas prices after Russia invaded Ukraine.

Biden has repeatedly blamed spiking gas prices on Russian President Vladimir Putin and American oil companies pushing up their prices. This is despite the administration’s own anti-fossil fuel policies to deny the industry investment funds, which have been a factor in the lowered domestic production and supply of oil and gas—also pushing up prices.

The administration later released another 10 million barrels from the SPR in October, right before the midterms, bringing the oil reserve to its lowest level since 1984, according to Forbes.

Host Kernen said the Biden administration had consistently accused oil companies of price gouging before the midterm elections but had since dropped their denunciations after gas prices fell in recent weeks.

“So if oil companies and refiners were able to control the prices and gouge and profiteer at the higher levels, why does the Biden administration get credit when market forces take over and they do come down?” he asked.

He then asked if the Democrats “just say this stuff to their base?”