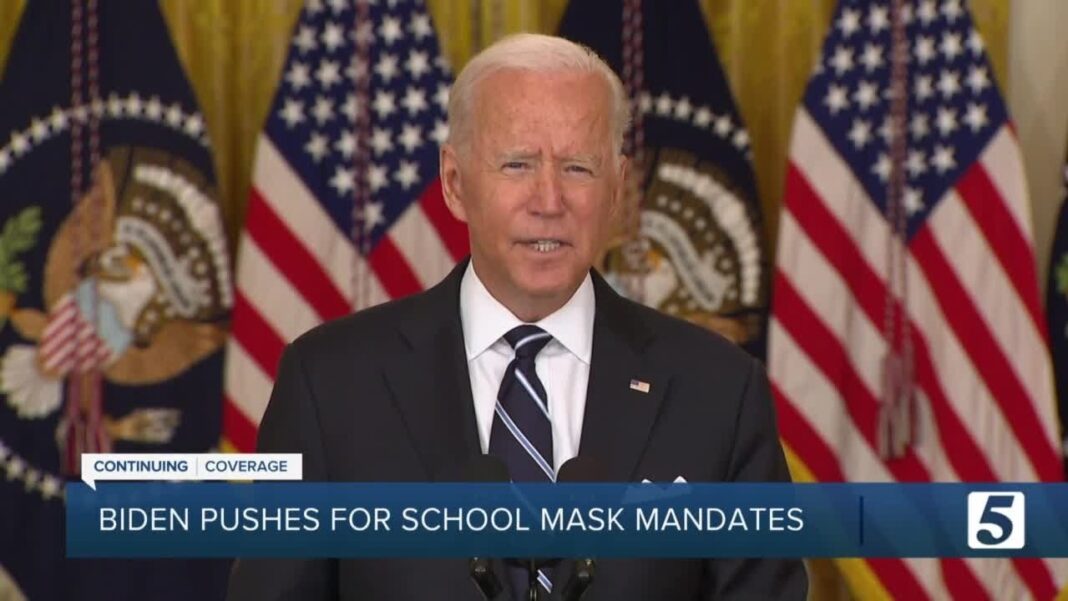 The U.S. Department of Education announced on Aug. 30 that it has opened investigations in five Republican-led states that ban mask mandates in schools, saying such policy could be discriminatory against students with disabilities.

In letters sent to chief state school officers of Iowa, Oklahoma, South Carolina, Tennessee, and Utah, the Education Department’s Office for Civil Rights (OCR) said it’s looking into whether these states discriminate against students with disabilities by denying them safe access to in-person learning.

The OCR is concerned that restrictions on school mask requirements “may be preventing schools … from meeting their legal obligations not to discriminate based on disability and from providing an equal educational opportunity to students with disabilities who are at heightened risk of severe illness from COVID-19,” the letters state.

“The department has heard from parents from across the country—particularly parents of students with disabilities and with underlying medical conditions—about how state bans on universal indoor masking are putting their children at risk and preventing them from accessing in-person learning equally,” Education Secretary Miguel Cardona said in a press release.

“It’s simply unacceptable that state leaders are putting politics over the health and education of the students they took an oath to serve.”

The department said it hasn’t opened investigations in Florida, Texas, Arkansas, or Arizona because policies regarding school mask requirements in those states have been struck down by courts or aren’t currently being enforced.

The investigations come after Cardona wrote to several states’ governors and superintendents earlier this month warning that they could face federal inquiries for outlawing school mask mandates.

Cardona received responses from some of the governors, who signaled that they would continue to support parents’ right to choose whether to have their children wear masks at school.

“Parents knows better than the government what’s best for their children,” Tennessee Gov. Bill Lee said in his one-sentence response to Cardona’s letter.

“Utah has been praised for safely keeping schools open last year and for making better masks available to students and teachers this year,” said Cox.

“As we continue conversations with legislators, public health leaders, school leaders, parents, and local health departments about the best way to safely return to schools given the unique circumstances in Utah, the last thing we need is threats from out-of-touch bureaucrats at the U.S. Department of Education,” Cox’s office stated.