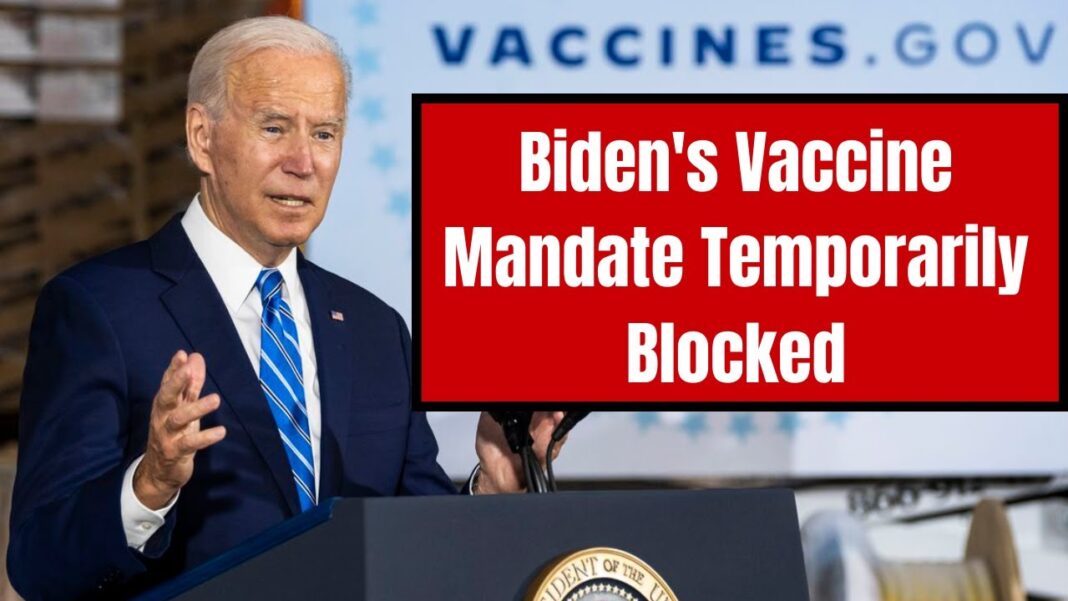 The Biden administration is ready to defend a Department of Labor COVID-19 vaccine-or-test mandate for private businesses after an appeals court temporarily blocked it on Saturday, said U.S. Surgeon General Vivek Murthy in an interview Sunday.

A U.S. Court of Appeals for the Fifth Circuit panel ruled that there is “cause to believe there are grave statutory and constitutional issues with the mandate” and stayed it pending further action from the court. The ruling came in a case brought by several businesses, individuals, and organizations, as well as Texas, Mississippi, Utah, and other states.

The Department of Labor’s Occupational Safety and Health Administration (OSHA) earlier this week unveiled an emergency temporary standard that requires private businesses with 100 or more employees to require proof of COVID-19 vaccination from workers and compel those that don’t produce it to submit to weekly testing. The rule, which will be enforced starting Jan. 4, faces numerous lawsuits, and it was published in the federal register about two months after President Joe Biden announced sweeping mandates for tens of millions of American workers in the public and private sector.

In response to a question on ABC’s “This Week” on Sunday, Murthy said that the “president and the administration wouldn’t have put these requirements in place if they didn’t think they were appropriate and necessary.”

“And the administration is prepared to defend them,” Murthy said, who, like Biden, said that the sweeping mandates are necessary to push up COVID-19 vaccination rates, adding that they would, in turn, allow the United States to extricate itself from the pandemic.

“Let’s step back a moment and look at why these are so important,” Murthy said Sunday. “Throughout our history, we have seen that we have used vaccine requirements to protect the population.”

About two-dozen states so far have filed lawsuits against Biden’s vaccine mandates. The Daily Wire, the news outlet fronted by Ben Shapiro, as well as the Republican National Committee also filed legal actions against the requirement, arguing that it violates the Constitution.

A number of studies, including several published by the Centers for Disease Control and Prevention (CDC), said that fully vaccinated individuals can still transmit the CCP (Chinese Communist Party) virus to other fully vaccinated individuals, although federal health experts have said other studies have shown that the vaccines offer protection against severe COVID-19 symptoms, hospitalization, and death.