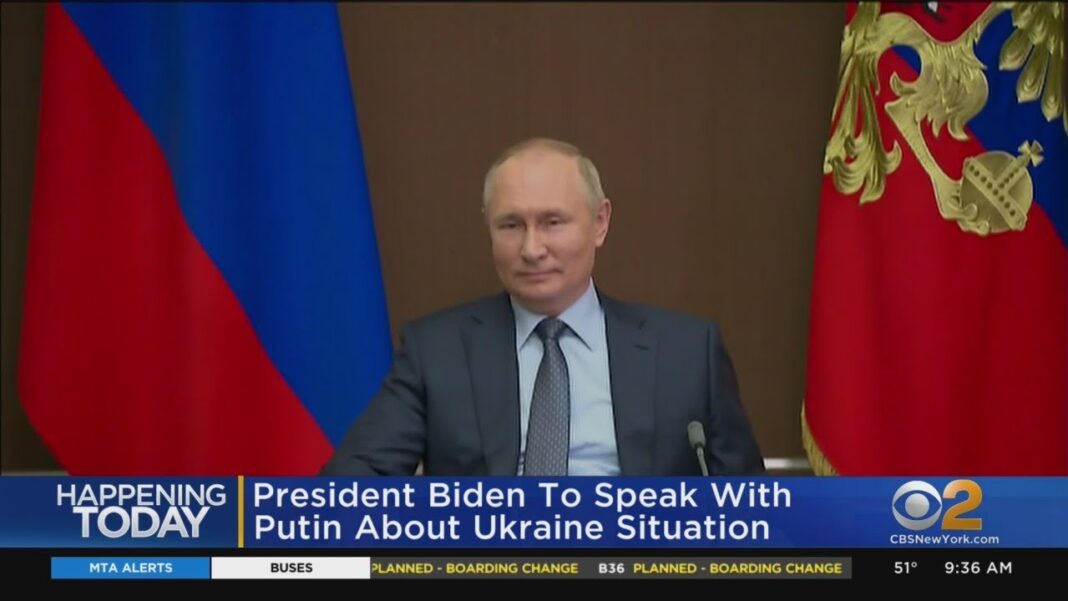 The White House didn’t announce any material progress in deescalating the tension between Russia and Ukraine after President Joe Biden held an hour-long call with Russian President Vladimir Putin.

Biden warned Putin that the United States will “respond decisively and impose swift and severe costs on Russia” if the latter chose to invade Ukraine.

However, the White House didn’t announce if there’s any material progress made during the call between the two leaders.

The Epoch Times reached out to the White House for comment.

Here is the full readout of the call released by the White House on Saturday afternoon:

President Joseph R. Biden, Jr. spoke today with President Vladimir Putin of Russia about Russia’s escalating military buildup on the borders of Ukraine. President Biden was clear that, if Russia undertakes a further invasion of Ukraine, the United States together with our Allies and partners will respond decisively and impose swift and severe costs on Russia. President Biden reiterated that a further Russian invasion of Ukraine would produce widespread human suffering and diminish Russia’s standing. President Biden was clear with President Putin that while the United States remains prepared to engage in diplomacy, in full coordination with our Allies and partners, we are equally prepared for other scenarios.

The State Department ordered an evacuation of most U.S. direct-hire employees from the U.S. Embassy in Kyiv and urged Americans in Ukraine to leave immediately earlier Saturday as the tension at the Russia-Ukraine border escalated.

At the same time, the Biden administration is moving thousands of troops into Eastern Europe including 1,700 paratroopers from the 82nd Airborne Division and a squadron from the 2nd Cavalry Regiment.

Over the past few months, Russia has amassed tens of thousands of troops and artillery along its border with Ukraine. However, the Kremlin denied any plan of invading Ukraine.