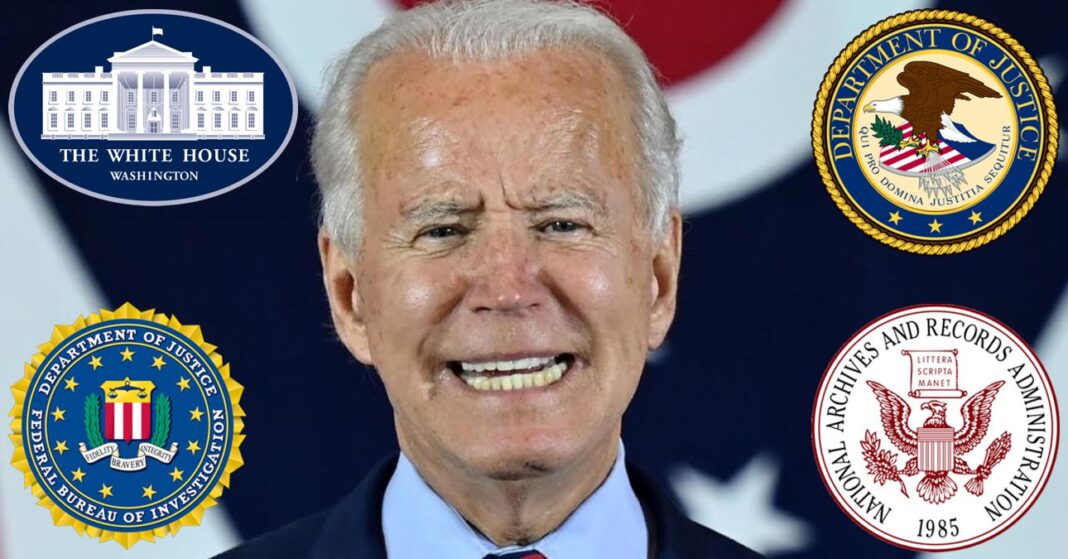 “I have therefore decided not to honor the former President’s ‘protective’ claim of privilege,” acting National Archivist Debra Steidel Wall wrote Trump’s team in May.

Long before it professed no prior knowledge of the raid on Donald Trump’s estate, the Biden White House worked directly with the Justice Department and National Archives to instigate the criminal probe into alleged mishandling of documents, allowing the FBI to review evidence retrieved from Mar-a-Lago this spring and eliminating the 45th president’s claims to executive privilege, according to contemporaneous government documents reviewed by Just the News.

The memos show then-White House Deputy Counsel Jonathan Su was engaged in conversations with the FBI, DOJ and National Archives as early as April, shortly after 15 boxes of classified and other materials were voluntarily returned to the federal historical agency from Trump’s Florida home.

By May, Su conveyed to the Archives that President Joe Biden would not object to waiving his predecessor’s claims to executive privilege, a decision that opened the door for DOJ to get a grand jury to issue a subpoena compelling Trump to turn over any remaining materials he possessed from his presidency.

The machinations are summarized in several memos and emails exchanged between the various agencies in spring 2022, months before the FBI took the added unprecedented step of raiding Trump’s Florida compound with a court-issued search warrant.

“On April 11, 2022, the White House Counsel’s Office — affirming a request from the Department of Justice supported by an FBI letterhead memorandum — formally transmitted a request that NARA provide the FBI access to the 15 boxes for its review within seven days, with the possibility that the FBI might request copies of specific documents following its review of the boxes,” Wall wrote Trump defense attorney Evan Corcoran.

That letter revealed Biden empowered the National Archives and Records Administration to waive any claims to executive privilege that Trump might assert to block DOJ from gaining access to the documents.