WASHINGTON, DC- You’ve gotta hand it to Joe Biden. He is appointing some stone cold geniuses to key positions in his administration.

The latest rocket scientist appointed is a Democratic donor who Biden named acting assistant secretary at the Employment and Training Administration within the Labor Department.

Suzi LeVine’s claim to fame is getting bilked out of millions of dollars of coronavirus relief funds to Nigerian scammers in her last position, the Washington Examiner reports.

LeVine, in her former position at Washington state’s Employment Security Department is under scrutiny after audits discovered over $600 million of unemployment funds had been lifted by the cybercriminals.

In her new position, LeVine will be responsible for helping oversee Biden’s coronavirus recovery program and was met with a lot of questioning by people inside and outside of Washington state.

“Washington residents who have seen massive error after massive error from LeVine’s Employment Security Department are dumbfounded that she would be getting a promotion,” said Rep. Jaime Herrera Beutler of Washington.

“This isn’t a ceremonial title or a cushy spot for donors, it’s a crisis management role and one she’s already failed miserably.”

LeVine no doubt was elevated to her position due to her being a major Biden donor along with her husband and served until recently as deputy finance chairs for the Democratic National Committee, her LinkedIn profile says.

Bloomberg Law reports that LeVine and her husband donated $400,000 to the Biden campaign and other Democratic causes over the past two years, according to federal campaign records.

The scam caused an uproar within Washington, with the huge amount of fraud causing significant delays in unemployment benefits of legitimate beneficiaries during a period when hundreds of thousands of people were dealing with the economic impact of the coronavirus pandemic.

Fox News reports that the fraudulent unemployment claims are part of a well-organized Nigerian fraud ring using identities stolen in prior data breaches, including the 2017 Equifax breach which exposed hundreds of thousands of victims’ information.

Fox says that over 122,000 fraudulent claims took advantage of the unemployment funds.

According to the Secret Service, Washington was the primary victim of the scam, although several other states were targeted.

In a separate case, California has an unemployment scandal of its own, with over $11 billion in funds missing with the possibility of an additional $20 billion still being investigated. 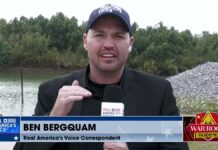 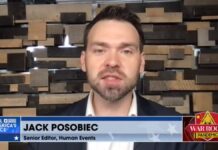 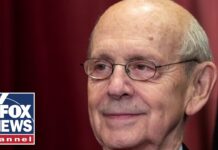