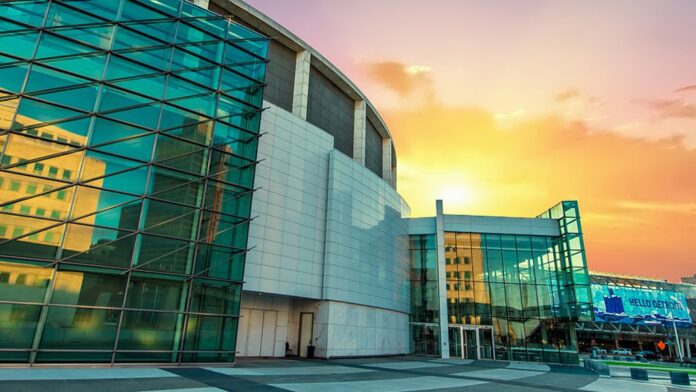 Jim Hoft discusses being banned from Twitter after posting about the appearance of a suspicious van of ballots overnight.

On Wednesday morning, November 4th President Trump was ahead of Joe Biden in the swing state of Michigan by over 100,000 votes.

This appeared to be another solid win for President Trump in a swing state he won in 2016. The ballot counting in Detroit, Michigan on election night took place at the TCF Center, formerly known as Cobo Hall.

Then late at night, a string of suspicious events changed the momentum for the Trump Team. GOP observers later testified that at 3:30 AM in the morning vehicles drove into the TCF Center and delivered fraudulent ballots for Joe Biden.

The Gateway Pundit reported this on Wednesday morning November 4th after the incident.

At least three election observers later testified in sworn affidavits that they witnessed vehicles delivering fraudulent ballots to the TCF Center early in the morning on November 4th.

Michigander Shane Trejo witnessed the 3:30 am Biden Ballot Drop that gave Joe Biden an outstanding lift. “There were thousands of ballots in each box,” Trejo says. “There were at least 50 boxes that I saw unloaded at 3:30 am, well after the 8:00 pm deadline for ballots to show up.”

A black Hyundai Elantra also drove into the TCF Center in the early morning on November 4th.