Bobby is a Portfolio Manager,  Graduate of Northwestern University-Kellogg School of Management, Father, Husband, Conservative Patriot committed to preserving our Freedom and Republic.

“We have been betrayed by so many politicians in office that the only way to clean up this mess is to vote out every incumbent that has held office more than 8 years. Every single one! We the People should vote as the Term Limit Enforcers. We need to recruit honest, God-loving Americans, who believe in the 10 Commandments and swear to defend and uphold the U.S. Constitution. So help us God.” ~ Bobby Piton, IL Republican for U.S. Senate in 2022, June 19, 2021.

We the People all know beyond a reasonable doubt that Big Government has never worked for anyone except the corrupt crowd of “insiders”.

300 Million Americans have a combined Net Worth that is less than a ½ of the $30 Trillion of National Debt, which has increased from under $7 trillion to over $30 trillion since 2001.

Meanwhile about 30,000 Families have a Net Worth of about $60 Trillion or more than the other 99.9% of the American People combined.

Let’s go back and review how the Framers defined how our Government is supposed to work. We the People of IL give the Government of the State of Illinois the Right to exist as our servant.

Our State along with 49 other States created the Federal Government to perform 18 enumerated powers as defined in Article 1 Section 8 of the US Constitution.

The powers that we grant the Government of the State of Illinois are  supposed to be used to perform functions as defined in our State Constitution.

We the People of the State of Illinois have two groups of Legislators that are supposed to be our Federal Representation in Congress and look after the Best Interests of Illinois in relationship to the other 49 States.  We elect individuals to represent the People’s interests to the House of Representatives (totaling 435)  and we elect 2 US Senators per State (totaling 100) to represent the State’s interests in Congress.

If Elected as your next US Senator, I will do everything I can to return the Power to We the People of Illinois.

How Did This Happen?

​Over the past 50 years, Big Business (in particular Big Tech in the past 15 years), has chipped away at our Rights and weaponized our Political Processes against US.

First let’s have a look at Amendment X of the US Constitution:

“The powers not delegated to the United States by the Constitution, nor prohibited by it to the States, are reserved to the States respectively, or to the people.”

Well, large companies have had all of the benefits of accruing Power and undue Influence without any of the “Checks and Balances” on their power that the Constitution imposes on the Government.

​Why Are People Suffering So Much?

The average American had their income remain stagnant in inflation adjusted terms for about 16 years, between 2000-2016.  In less than 3 years, President Trump had our inflation adjusted income rise by more in real terms than the previous 16 years combined.  The Virus hit and wiped out all of those gains and the inflation of the past 6 months has eaten away even more of our buying power.

These Global Corporations have weaponized our Legislators, our Capital Markets, our Housing Markets, our Mainstream Media, our Universities, our K-12 Education system, our Religious Institutions, and our Fellow Americans Against US while simultaneously undermining Law and Order, pushing sexualization of our children and promoting racism across our schools.

These Corporations accrued more power in the past year, and have had profits rise more than 50-100%, while at the same time we witnessed millions of Entrepreneurs in the United States getting wiped out due to co-opted corrupt government officials that made them stay closed by executive order.

These same corrupt forces have bilked trillions more from our Federal Government under the guise of COVID relief and once again Americans have been left with this debt.  There are some that have even suggested that the COVID aid that was received by some bad actors in our economy was supporting domestic terrorist groups on US soil.  In short, we are very much at War for the Very Soul of Our Nation.

Is There Anything We Can Do About It?

Yes, We the People can WIN and take it all back and reverse all of this EVIL around US.

Regarding the Second Amendment, my view is very simple.  “A well regulated Militia, being necessary to the security of a free State, the right of the people to keep and bear Arms, shall not be infringed.”  I 100% agree with this Amendment as it stands and DO NOT SUPPORT any rules or restrictions.

Side Note, a well regulated Militia doesn’t mean “regulate”. The phrase well regulated means well prepared or made regular.  As a US Senator, I would encourage the American People across every County in American, all 3,100+, to form a well prepared and trained militia to Protect Persons and Property in each of their respective communities from threats, domestic and foreign.

I believe the Department of Education (put into place by Jimmy Carter) has done far more harm than Good for our Nation and I would sponsor legislation and do my best to raise public awareness to abolish this albatross.  Simultaneously, I would push to have School Choice be the Law of the Land.  The current school buildings across America could be retrofitted for competing schools with the existing public option and would make this transition much less costly.  We the People already own the buildings.

I would sponsor Legislation that would criminalize ANY and ALL Executive Orders that violate the US Constitution, making any legislators personally liable and strip them of their position and pension for attempting to undermine our US Constitution.

Father of 5, Married, Roman Catholic, First Generation Born American, and Last of 10 kids.  My parents were the largest family ever released (under communism you are prisoner) from a Communist Country – Poland.  Fortunately, they came to America and simply wanted a chance to live their life freely.  They never went on public aid, as my dad was a cement finisher and my mom cleaned buildings downtown.  They stressed God, Family, Hard Work, and Education.  I saw how hard they worked, and it drove me to learn everything I could about business from a young age.  Aside from my Parents, my other childhood heroes were Peter Drucker, Jack Welch, Jim Collins, Lee Iacocca, Ronald Reagan (my sons middle name is Reagan), and countless others that made a lasting impact on society.

I raced to finish college in less than 3 years, had my Series 7 by 18, CFA by 23, and MBA by 28, co-founded an investment firm, and took a year off to travel around the US and some nations around the world.  I have no desire to accumulate physical wealth for myself anymore, and everything I earn goes to my family as I have NOTHING in my name, nor do I have a desire to.  My focus shifted to help others learn how to CREATE and bring out the best in themselves.  That’s the currency that I seek to earn.  Helping others thrive and CRUSH IT is far more rewarding than money has ever been to me.  I operate best as an unencumbered Free Mind that optimizes based on FACTS and DATA and not Emotions.

It’s never easy being a so called “outsider” or “change agent”.  I get it.  I understand why.  I’ve never lived my life pursuing popularity.  What I do like to pursue however, are challenges and complex puzzles that need solving.  That’s what I enjoy most. 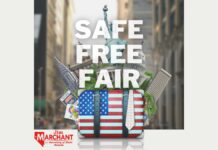